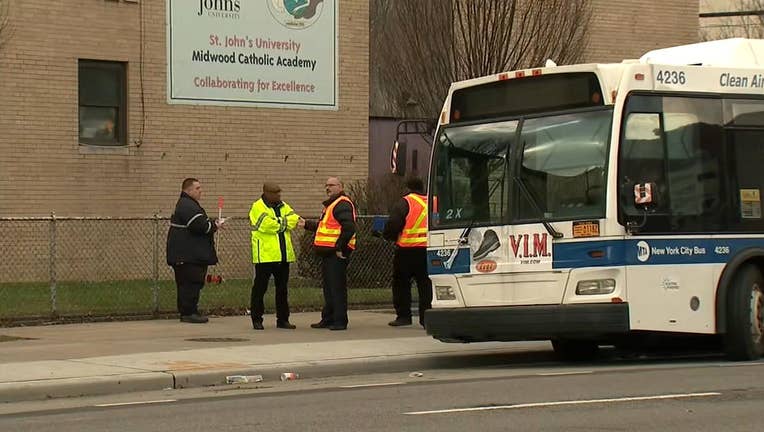 The woman, believed to be in her 30s, was struck by the B41 bus at about 9 a.m. in the area of Flatbush Avenue and Flatlands Avenue.

NEW YORK - The NYPD was investigating a deadly incident in Brooklyn after a woman was struck and killed by the same bus she had just ridden.

The woman, believed to be in her 30s, was struck by the B41 bus at about 9 a.m. in the area of Flatbush Avenue and Flatlands Avenue.

The woman became irate and kicked the front door of the bus in order to be let out, sources told NY Post.

The bus driver told police that he opened the door to let her off and she fell onto the street.

The woman landed under the bus and was run over, according to the Post.

Police found the woman unresponsive and with a head injury.

“The death of a woman who was struck by bus #4236 operating on the B41 route this morning is tragic. NYC Transit and NYPD investigations into what happened, how, and why are in the early stages, so any conclusions as to cause would be inappropriately speculative at this time.”

The bus driver stayed at the scene.

The NYPD’s Collision Investigation Squad was investigating the crash.

It was the second pedestrian fatality on Thursday after a woman was struck by a dump truck in Besonhurst at about 4 a.m. 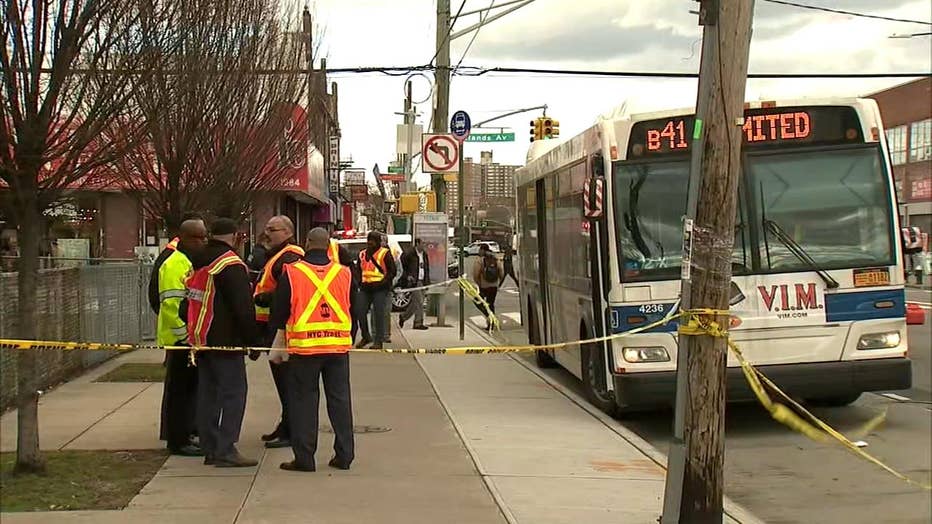 The woman reportedly fell under the bus. (FOX 5 NY)