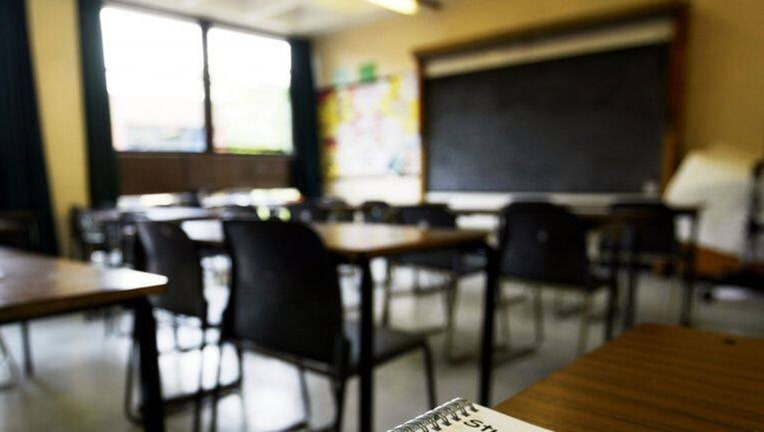 Santa Rosa, Cal. - Students were evacuated from a Santa Rosa, California classroom after a woman ran inside, punched a teacher and two students and began removing her clothes, police said Wednesday.

Santa Rosa Police officers were sent to the Pivot Charter School after staff called to report that there was an unknown female on campus who ignored staff and ran into a classroom. When the woman entered the classroom she punched a teacher and two students, ages 15 and 16, police said in a statement. None had serious injuries.

School staff was able to safely evacuate students and lock the woman inside the classroom, where she vandalized desks and electronic equipment causing damage estimated at $1,000, police said in a statement.

When officers arrived, the woman was screaming and stripping off her clothes, the statement said.

Eva Lady, 48, was evaluated at a hospital and then booked into jail, he said. She was being held on charges of battery and felony vandalism.

It was unclear if Lady has an attorney who can speak for her.

Sgt. Christopher Mahurin said the woman had no relation to the school or the people attacked and it was unclear what had motivated her.

For the second consecutive year, Vernon Cruz of Ossining High School has been banned from competing as a full-point-scoring member of the girl's gymnastics team because board members say he