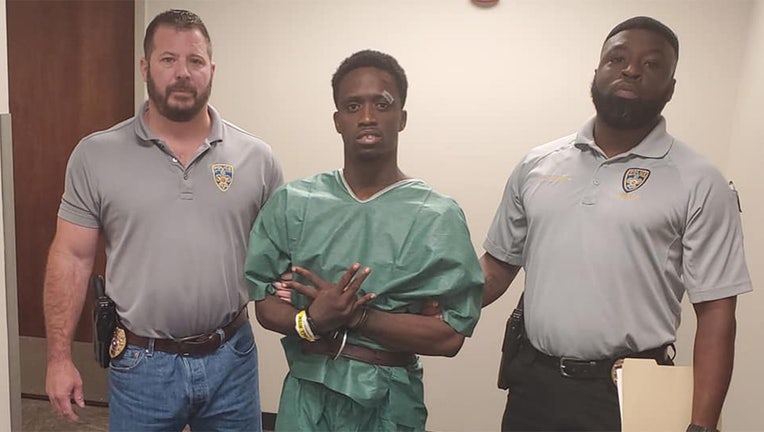 Police in Louisiana were investigating a horrific murder that was streamed live on Facebook.

It happened just before 10 p.m. on Monday.

East Baton Rouge Sheriff's Office Detectives were notified by state police of the Facebook video that captured a man stabbing a woman.

Deputies found the vehicle with David's body inside.

Earl Lee Johnson Jr. allegedly had tied David’s hands to the car steering wheel with jumper cables before stabbing her, WBRZ reported.  Police say that he also tried to set the vehicle on fire after the killing.

Police arrested Johnson Jr., 35, and charged him in connection with the case.

Baton Rouge Police say Johnson was first arrested for the theft of a vehicle and was questioned in connection with the killing.  He was later booked into East Baton Rouge Parish Prison on 1st-degree murder charges.

He told reporters that the pair had apparently been on a three or four days-long "drug binge" before the killing.  No motive for the killing was known to the police.