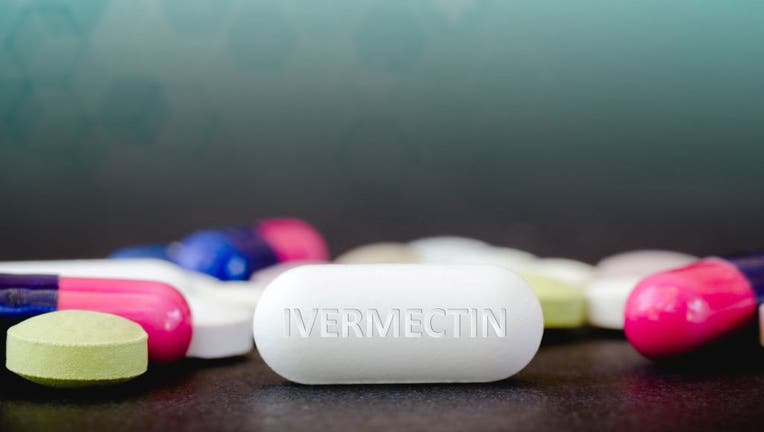 In this photo illustration, medicine pills and the text IVERMECTIN in one pill seen displayed. (Photo Illustration by Rafael Henrique/SOPA Images/LightRocket via Getty Images)

PALM BEACH GARDENS, Fla - A 47-year-old Florida teacher hospitalized with COVID-19 has died after her husband sued in an unsuccessful effort to force doctors to treat her with ivermectin.

He sued the hospital last month in an attempt to require doctors to administer ivermectin, a drug used to treat conditions caused by parasitic worms. The U.S. Food and Drug Administration has not approved the drug to treat COVID-19, saying it hasn’t proved effective in pre-clinical trials.

He urged the Drocks and the hospital to try to reach agreement on their own. A deal fell apart after a doctor agreed to administer ivermectin at a dosage the family's attorney said was too low, the newspaper reported.

Tenet Healthcare, which owns the hospital, did not respond to messages seeking comment, the paper reported.

Ryan Drock, who also was infected but recovered from COVID, told the Post he's not giving up.

"I’m hoping they name a law after her so no one has to go through this," Drock said. "If she had walked out of the hospital she could have had the medication."