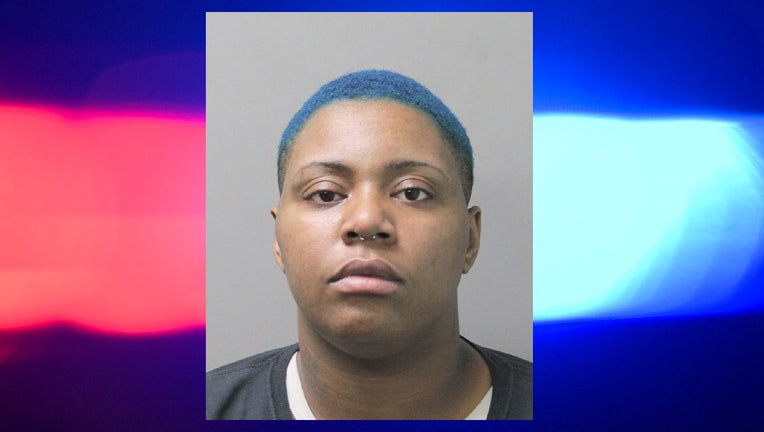 Nassau County Police say that Jennifer Miles, 28, was involved in a dispute with store employees at a Valley Stream CVS store on Thursday afternoon.

Officers responded to CVS located at 44 North Central Avenue for a disturbance.  Employees told them that Miles was involved in a dispute with store employees while working at this location.

They said that Miles threatened a 26-year-old man and a 19-year-old woman with a knife before barricading herself in the manager’s office, refusing to open the door.

Officers requested assistance from the Emergency Services Unit and responding officers were eventually able to get Miles agree to come out of the room.

As police attempted to place her into custody, Miles allegedly punched an officer in the face.  The officer sustained injuries and EMS took him to a nearby hospital for treatment.

They say that Miles had caused substantial damage to numerous items inside the store.