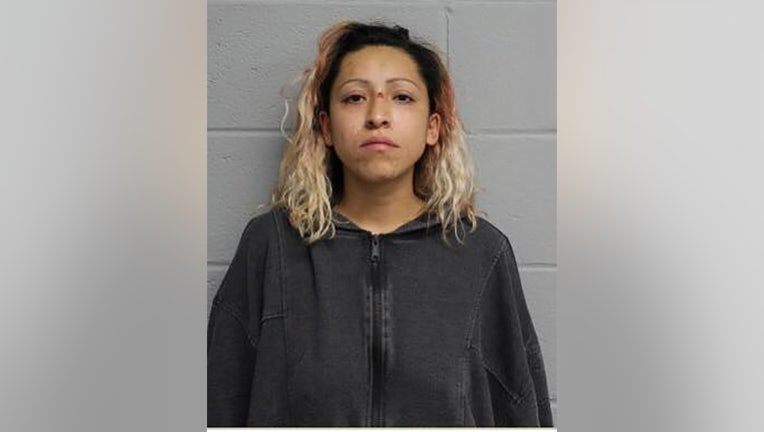 A mother-of-three allegedly fatally shot a man after he and his girlfriend refused to kiss her.

Claudia Resendiz-Florez, 28, had moved in with James P. Jones, 29, and his girlfriend at the Preserve Woodfield apartment complex in Rolling Meadows, Illinois.

The three had been drinking together on Thursday night when Resendiz-Florez asked Jones for a kiss, which he refused and instead kissed his girlfriend, the Chicago Sun-Times reported.

Resendiz-Florez then allegedly asked Jones’ girlfriend for a kiss, who also declined.

Resendiz-Flores demanded that he kiss her again, which he again refused, infuriating her, according to the paper.

She then allegedly grabbed a gun and pointed it at Jones.

Jones was shot in the chest and died. Resendiz-Flores has been charged with 1st-degree murder. She was being held without bail.