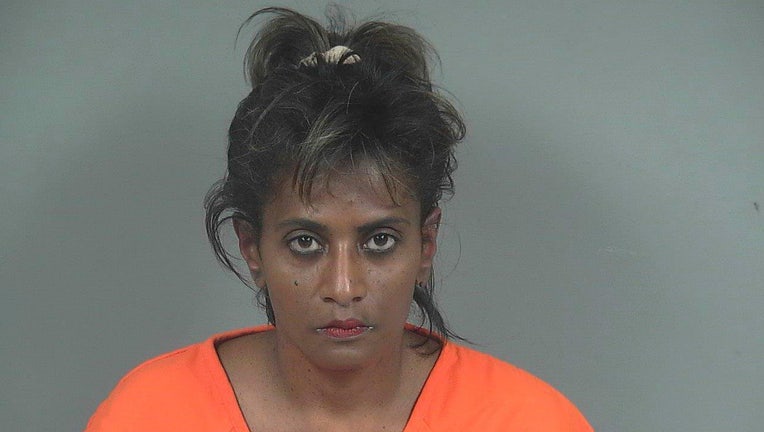 This booking photo provided by the Lafayette County, Wis., Sheriff's Office, shows Amanda Chapin. Wisconsin prosecutors have charged Chapin with repeatedly poisoning her husband, Gary Chapin, during the summer of 2022. She faces one count of attempte

WISCONSIN - A Wisconsin woman accused of repeatedly poisoning her veterinarian husband with animal euthanasia drugs has been charged with attempted first-degree intentional homicide.

Amanda Chapin, 50, of Monroe, was charged Dec. 28 in Lafayette County. Authorities say she poisoned her 70-year-old husband, Gary Chapin, three times during July and August by putting barbiturates in his coffee, the Wisconsin State Journal reported.

According to a criminal complaint, the couple got married in March. Following the wedding, Amanda Chapin forged the signature of one of her husband's children on a power-of-attorney document, then demanded her husband amend his house deed so she would get the home if he died.

The complaint says she poisoned her husband for the first time less than three weeks after the quit claim deed on the house was authorized.

The third time he drank the allegedly poisoned coffee in early August he fell into a coma that lasted for four days, the complaint said. Blood work showed barbiturates in his system came from drugs he used to euthanize animals.

Gary Chapin's son subsequently filed a restraining order against Amanda Chapin on his father's behalf and Gary Chapin has filed for divorce, according to online court records.

According to the criminal complaint, Amanda Chapin violated the restraining order in September when she sent her husband a suicide note via email, writing that she had decided to kill herself because his children would "destroy" her. She repeatedly denied poisoning him.

"The only thing I am guilty of is loving you SOOOOOOOOOO MUCH."

— The note, which was included in the complaint, said.

She survived the suicide attempt after paramedics took her to a local hospital. Gary Chapin filed for divorce the next day.

The Associated Press helped contribute to this report.