A man was fatally shot in his Juneau County home in what appeared to be a plan to target people connected to the judicial system, Wisconsin’s attorney general said.

JUNEAU COUNTY, Wis. - A man was fatally shot at his home in Wisconsin on Friday, June 3 and a suspect was discovered in the basement with an apparent self-inflicted gunshot wound in what appeared to be a plan to target people connected to the judicial system, Wisconsin’s attorney general said.

Attorney General Josh Kaul refused to name the victim or the suspect, but said the shooting appeared to be a "targeted act" and that the gunman had selected targets who were "part of the judicial system." They were found in a residence that a neighbor and public records said belonged to a retired county judge.

Investigators don't believe anyone else is at risk any longer, but an investigation involving the FBI and the Wisconsin Department of Justice's Division of Criminal Investigation is ongoing, Kaul said during a news conference.

"The information that's been gathered indicated that it was a targeted act and that the targeting was based on some sort of court case or court cases," Kaul said.

The Juneau County Sheriff's Office received a call that two shots were fired at a home in New Lisbon at approximately 6:30 a.m. Friday, according to the Division of Criminal Investigation. The caller had fled the home where the gunman had entered and made the call from another nearby home. 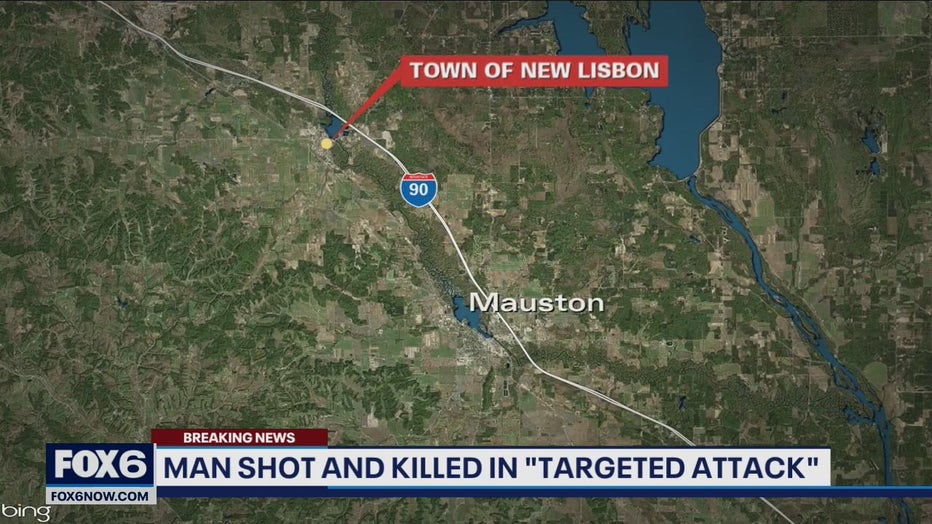 Donna Voss, a neighbor, told the Associated Press local police on Friday morning instructed her to stay in her home. She said she heard law enforcement on a loudspeaker telling the man to surrender and leave the home.

The Division of Criminal Investigation said in a news release that law enforcement officers outside tried to negotiate with the gunman, but after that failed they entered the home shortly after 10 a.m. The Juneau County Special Tactics and Response Team found the 68-year-old homeowner dead and a 56-year-old man in the basement with a self-inflicted gunshot wound. He was taken to a medical facility.

Kaul said the man is in critical condition.

For Voss, the shooting came as a shock in a usually quiet neighborhood where houses sit alongside farmland and wooded lots, about 80 miles (130 kilometers) northwest of Madison.