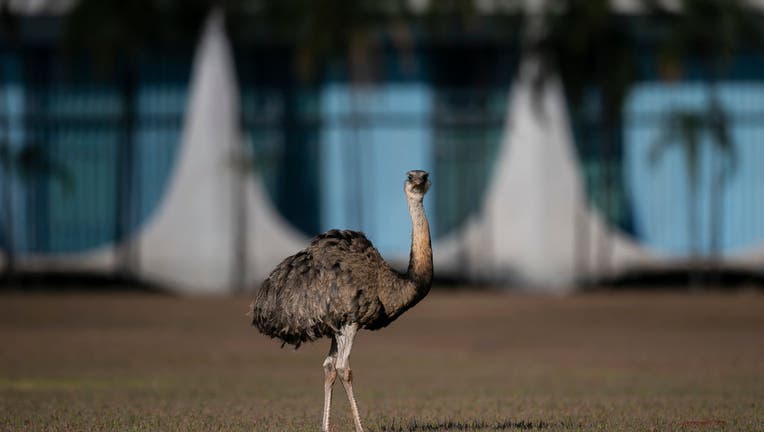 NEW JERSEY - A wayward emu was taken to an animal shelter after it was captured while running through the streets of a northern New Jersey city.

A woman spotted the long-legged bird on Tuesday morning in a residential neighborhood near Paterson's border with Totowa. NorthJersey.com posted photos of the wild animal.

Animal control officers managed the snare the emu, which is about 4-feet (1.22 meters) tall.

The emu was placed in a large animal cart and was taken to a shelter, where officials arranged for the emu to be examined by a veterinarian.

Officials were not sure whether the bird had escaped from a farm or was just running out in the wild.

Chief Animal Control Officer John DeCando told NJ.com the emu appeared healthy. He could not determine its age or sex, “but I can tell you it needs a bath,” DeCando said.