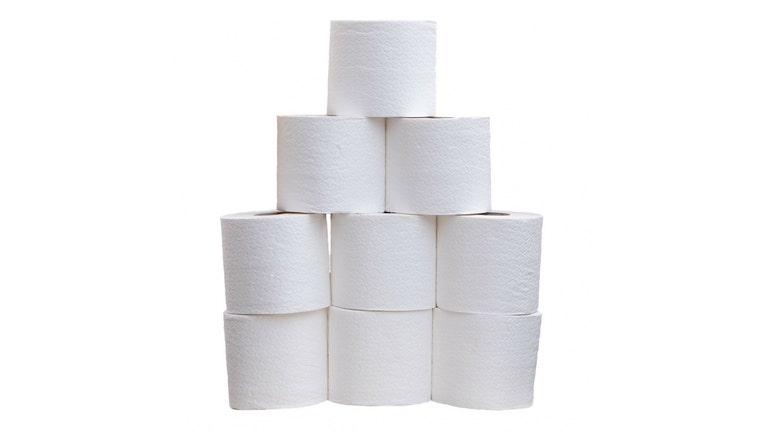 FOX BUSINESS - You might notice something unusual, not to mention unfortunate, next time you try to stock up on bathroom supplies at your local grocery store.

Not just the bare shelves where hand sanitizer and cleansing wipes were plentiful only a few weeks ago, but the empty aisles where toilet paper usually abounds in quantities from single rolls to packages of more than a dozen.

Some are even adorned with signs limiting the number of purchases per customer.

Such caps have become a trend in the U.S. and Canada after supermarkets in the United Kingdom ran out and grocery stores across Australia hired security guards to make sure the rules are followed.

What's the reason for the run, especially when toilet paper isn't known to have any virus-blocking properties?

One is reason is that people are going to extremes because of conflicting messages, Steven Taylor, a clinical psychologist and author of "The Psychology of Pandemics," told CNN.

"On the one hand, [the response is] understandable, but on the other hand it's excessive," Taylor, a professor and clinical psychologist at the University of British Columbia, told the TV network. "We can prepare without panicking."

The novel coronavirus has scared many Americans because there is little information -- and there isn't a vaccine yet. When people hear conflicting messages about the risk, it affects how they cope and how they prepare, Taylor said.

The second reason: They aren't receiving clear direction from the government.

Many are watching what's happening in Europe and clinging to their own knowledge on how to best prepare for a mass quarantine. Although the United States has said it wouldn't consider such a measure, people still believe it's a real possibility.

Social media has heightened the tension, as have visits to stores where other shoppers are stockpiling with abandon.

With the shelves of many retailers across the country remaining empty for over a week, consumers are buying in bulk so that they won't need to come back for some time.

"People, being social creatures, we look to each other for cues for what is safe and what is dangerous," he said. "And when you see someone in the store panic-buying, that can cause a fear-contagion effect."

Finally, purchasing products in bulk gives people a sense of control over their situations, releasing some pent-up anxiety.

"People become anxious ahead of the actual infection," Taylor said. "They haven't thought about the bigger picture, like what are the consequences of stockpiling toilet paper."

CHECK FOR UPDATES ON FOXBUSINESS.COM