The origins of the jack-o'-lantern

With glowing, jagged eyes and a crooked smile, the jack-o’-lantern is one of the most recognizable faces of Halloween.

Behind that face is a story — a story about ancient traditions and Irish American culture.

As with any story involving culture, this one about the jack-o’-lantern is a bit complex, filled with as many knots and tangles as the stringy netting of seeds inside a pumpkin.

But before diving into those complexities, let’s first acquaint ourselves with the man, the myth and the Godforsaken namesake of the beloved Halloween icon: Jack.

Jack of all tricks 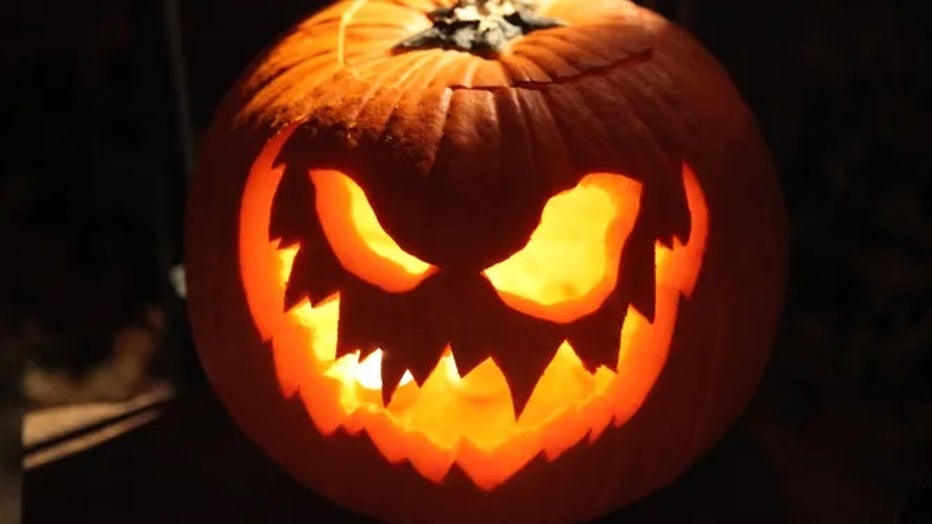 While those words could be used to affectionately describe a few of our own family and friends, Irish legend has it they can also aptly describe the namesake of the jack-o’-lantern.

"The story is based on the story of a man called ‘Stingy Jack’ (pronounced "stin-jee jak")," said Elizabeth Stack, the Executive Director of the Irish American Heritage Museum in Albany, New York. "There were different versions, but basically they all agree that he was grumpy, possibly less than wholesome in his appetites; and he was mean, stingy, but also kind of mischievous."

According to Stack, Stingy Jack played tricks on his neighbors, family and friends. He then turned his sights to a much more prominent target – the devil.

Jack did this not only once but twice. Both times, Jack was dying, and when the devil came for his soul, Jack tricked him into giving him several more years of life.

The devil was livid.

So when Jack was dying for the third time, the devil refused to take his soul, and since Jack led a life of misery and cruelty, God wouldn’t take him either. 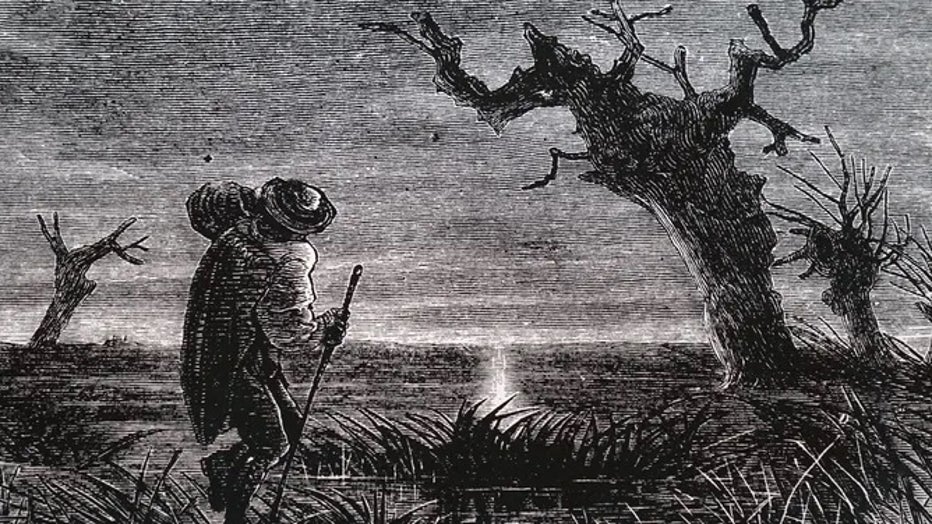 "He was condemned to roam the earth, stuck between both heaven and hell," said Stack.

Jack’s one consolation, ironically, came from the devil himself.

Legend says the devil gave Jack a bright, glowing ember from the fires of hell. Jack put this ember into a hollowed-out turnip, which he used as a lantern to light his way as he wandered the Earth for eternity.

Stingy Jack became known as "Jack of the Lantern" and eventually "jack-o’-lantern." This name would also come to describe the phenomenon of lights flickering over marshes at night.

"So if you're out at night, late at night, and you see a creepy light on the horizon, it could be the jack-o’-lantern out walking, stuck between the two worlds," Stack said.

Turn up for turnips 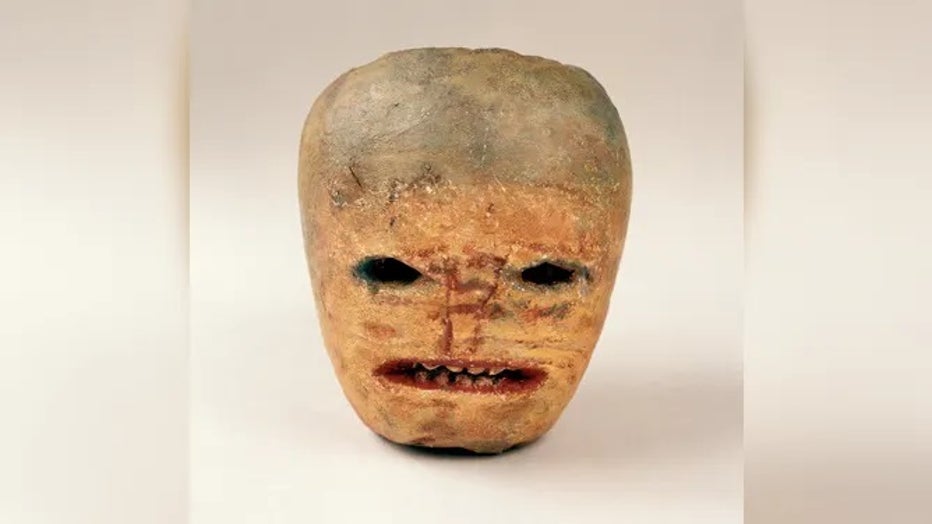 Scary lanterns were made using potatoes and turnips. This is a model of a Hallowe’en ‘ghost turnip’ taken into the Collection in 1943 from Fintown in Co Donegal. (National Museum of Ireland)

According to Stack, people in Ireland began to create their own jack-o’-lanterns as far back as around the 17th century.

Like Jack’s lantern, many of these inspired creations were made by carving faces into turnips. Despite being small, hairy and coarsely shaped, the turnips in Ireland still served as a useful medium for these early jack-o’-lanterns.

The turnips, donning their frightful faces, were then displayed near windows and doors in hopes of scaring away the soul of Stingy Jack or other evil spirits that might be wandering around, said Stack.

But unlike the spooky-yet-cute jack-o’-lanterns we’re familiar with today, the earliest jack-o’-lanterns appeared quite macabre. With crudely-cut eyes and mouths, their faces seemed fully capable of truly frightening both the living and the dead.

Night of the living dead 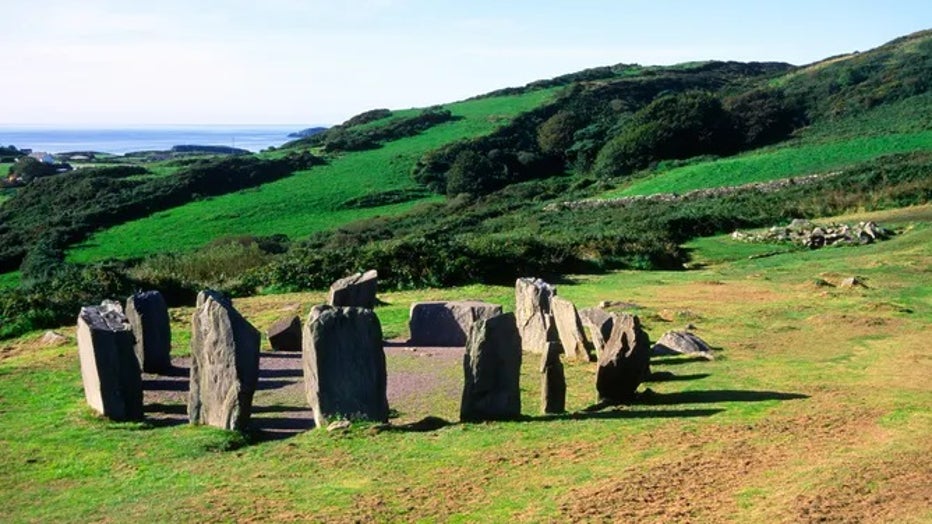 Drombeg Stone Circle is a circle of standing stones built by the ancient Celts in County Cork, Ireland. The circle dates back to between 153 B.C. and A.D. 127. (Geography Photos/Universal Images Group / Getty Images)

Focusing on the dead, specifically during fall, is part of an age-old tradition in Irish culture. In fact, this focus and that of Halloween can be traced back to the very first people of Ireland.

The ancient Irish were called Celts (pronounced "kelts"), indigenous people who spread throughout early Europe. The Celts in Ireland celebrated traditions that were rooted in nature, such as four festivals based on the seasons.

According to Stack, Samhain was the preparation for winter. The colder temperatures and shorter days of fall cued the harvest time for the Celtic people, along with bringing in their cattle from summer pastures. 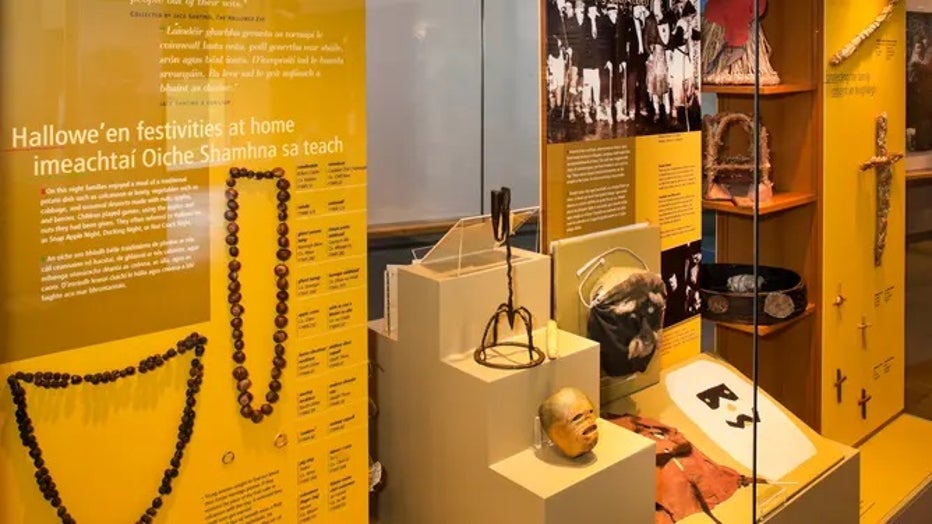 Samhain also had a spiritual element in that it was the time of year when the veil between the dead and the living was at its thinnest.

"The ancient Irish believed that this was the night where the souls could kind of rise again," Stack said. "So if there was any unfinished business, they could come back."

While some of those returning spirits were good, others didn’t have the best intentions. To protect themselves, the Celts used various methods to scare off the harmful spirits.

This act of scaring off evil spirits would eventually incorporate another method — one inspired by a mischievous trickster and his lantern.

A scare as old as time 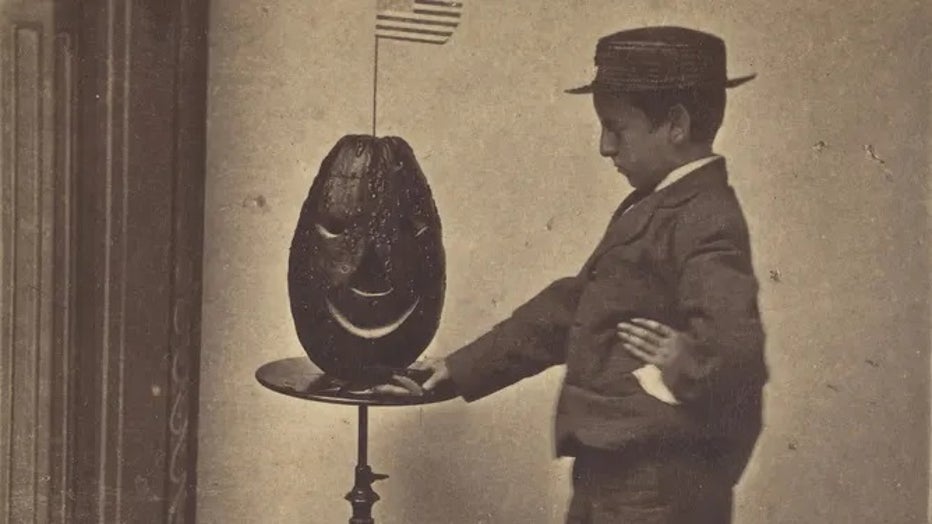 Unbeknownst to the ancient Celts, their fall tradition of Samhain and of keeping evil spirits at bay would evolve throughout the centuries. Samhain morphed into Halloween, and the myth of Stingy Jack and the use of jack-o’-lanterns to scare off his evil spirit arose.

Unbeknownst to the original creators of the jack-o’-lantern, their tradition of carving frightening faces into turnips would also evolve. As Irish immigrants came to the United States to escape famine in the 19th century, they became introduced to a round, orange gourd native to the Americas: the pumpkin.

The pumpkin would soon become the new canvas for carving jack-o’-lanterns.

For many of the early Irish immigrants coming to America, according to Stack, maintaining traditions like Halloween and carving jack-o’-lanterns was a way to stay connected to their loved ones back home in Ireland.

Today, the jack-o’-lantern has continued to evolve from its spiritual roots and is now seen as harmonious fun for families of all backgrounds.

"I suppose that’s the lesson to take from this," said Stack. "By sharing our traditions and adapting them, they will last, and they become something for everyone to enjoy."