As severe weather over the weekend swept parts of the western U.S., bringing frigid temperatures and heavy snow, forecasters have warned of the dangers of snow squalls.

The National Weather Service issued a snow squall warning this week for parts of Utah, calling it "a relatively new type of warning" for this part of the country. 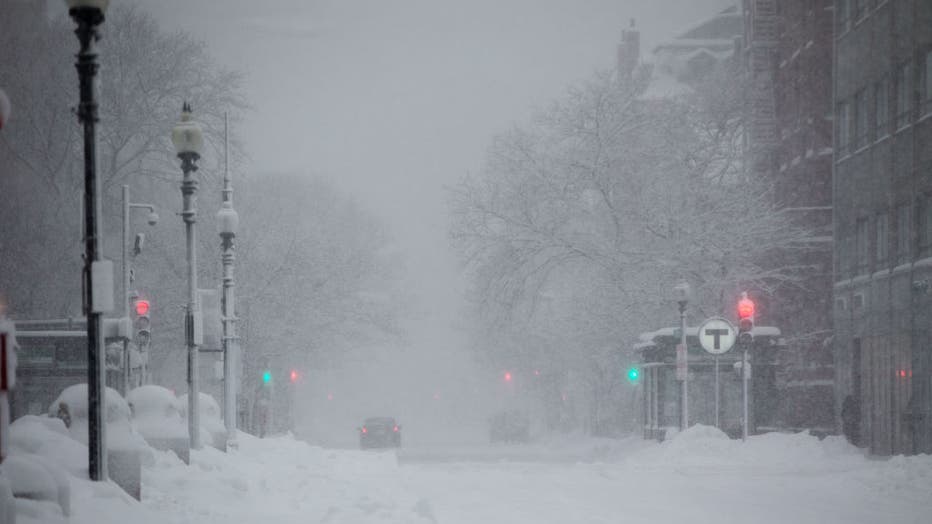 FILE - A nearly empty Dartmouth Street as a snow squall blows through on Dec. 17, 2020, in Boston, Massachusetts. (Photo by Scott Eisen/Getty Images)

What is a snow squall?

Snow squalls are intense periods of heavy snowfall accompanied by gusty winds, which result in "whiteout conditions" and can often pose a danger to drivers, according to the NWS.

The weather agency says snow squalls do not typically last long and very high snowfall rates, such as 2 inches in 30 minutes, are not uncommon. Forecasters at FOX Weather compare a snow squall to "a miniature blizzard."

They are most common between November and March and typically happen during daytime hours.

Snow squalls are somewhat akin to a line of strong thunderstorms in the warmer months, known as a squall line.

Because snow squalls can happen at a moment’s notice, they can be extremely dangerous to drivers and sometimes are the cause of winter pile-ups on the road.

It can be difficult for vehicles to brake during a snow squall as the roads quickly become snow-covered. This, along with not being able to see another vehicle already stopped ahead, can result in accidents.

John Banghoff, a meteorologist at the NWS office in State College, Pennsylvania, called it "very disorienting."

"Snow squalls are often what cause these large multi-vehicle pileups in the winter," Banghoff said. "We often see that commercial trucks such as semis are some of the biggest vehicles that take the longest to stop, and as a result, you can have passenger vehicles that have zero chance whatsoever."

"In fact, a lot of the deaths occur because of the combination of all the pileups that occur in these really unfortunate events," Banghoff added.

What to do if you’re driving during a snow squall

The NWS says there is no safe place on the roadway during a snow squall, even on the shoulder, since other vehicles can still lose control and slide off of the road.

"There is no safe place on a highway during a snow squall, but if you do get stuck on the road: reduce your speed, turn on your headlights, and don’t slam on your brakes," the agency says.

The NWS issues Snow Squall Warnings to encourage drivers to delay travel until the snow squall has passed, or for those already on the road, to safely get off the highway at the next opportunity.