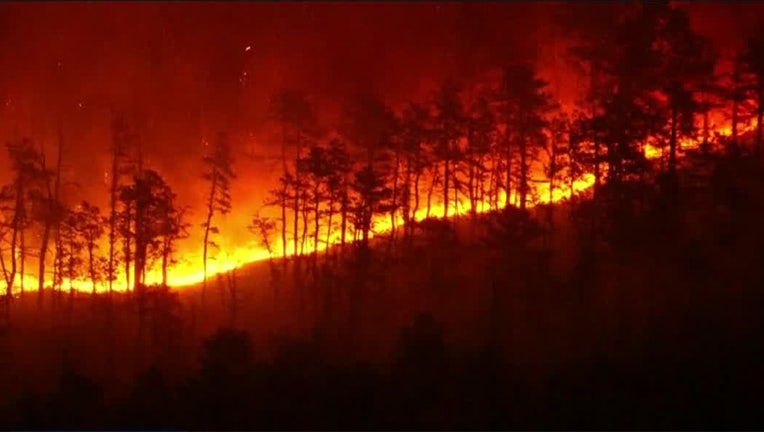 Officials notified the public on Twitter around noon Sunday that the Mullica River Campground, trail, and boat launches were closed, as well as kayak and canoe trips in Pineland Adventures.

Fire officials say 2,100 acres have burned and 45 percent of the fire was contained by Monday morning. They went on to say 18 structures were threatened. Road closures of Route 206 and 542 were announced late Sunday.

Officials say dry brush and breezy conditions were helping to spread the fire in forest areas in Washington, Shamong, Hammonton, and Mullica Townships.

Other recreational areas in the forest were closed throughout the afternoon and into the evening as firefighters worked to contain the Millica River Fire.

Authorities have not reported any injuries related to the fire. They reminded people that the fire area was a no fly zone for drones so they would not interfere with fire operations.

The cause of the fire was not immediately available.