LeBron James was 12 years old when Michael Jordan led Toon Squad to victory against the Monstars 25 years ago. Now it’s his turn to lead Bugs Bunny, Lola Bunny, Daffy Duck and the rest of our favorite Loony Toons in a game of hoops against a new villainous crew.

James’ on-screen son, Dom, is being held captive by a rogue algorithm, subtly named Al G. Rhythm — portrayed by Don Cheadle. The only way to free him is for Toon Squad to beat Rhythm’s crew.

It may seem like a daunting task, but the plucky Tune Squad is technically undefeated.

The trailer is packed with cameos and mentions of other WarnerMedia properties, like dragons from the "Game of Thrones" series, Gandalf from "Lord of the Rings," King Kong, The Iron Giant and Superman. 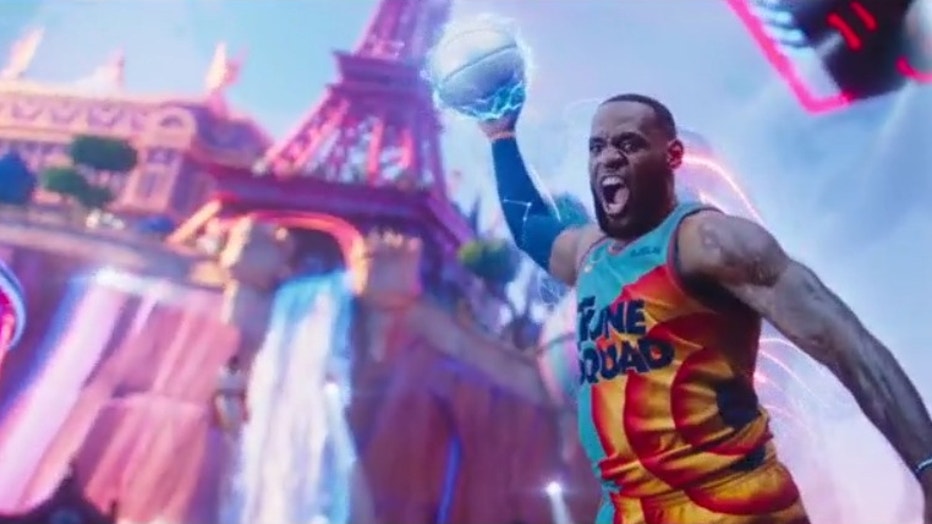 Fans can watch "Space Jam: A New Legacy" in theaters or on HBO Max on July 16.