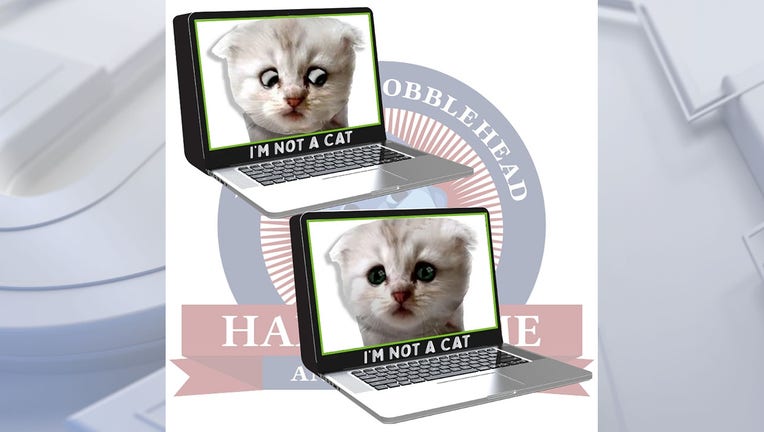 MILWAUKEE - The National Bobblehead Hall of Fame and Museum on Wednesday, Feb. 17 unveiled two bobbleheads of the cat who became a viral internet hit.

The viral moment came when a Texas lawyer appeared as a cat during a virtual court session that was being held on Zoom. The bobbleheads of the cat, which has come to be known as the "Zoom cat", are being produced by the National Bobblehead Hall of Fame and Museum.

Just like in the viral video, the bobbleheads feature a white cat with large eyes. The first bobblehead features the cat looking forward while the second features the cat with its concerned eyes looking downward. The cat’s bobbing head is positioned on the screen of a mini laptop computer with keyboard. The laptop also has the phrase, "I’m Not a Cat" on the front.

The bobbleheads are only available for pre-order through the National Bobblehead Hall of Fame and Museum’s online store. The bobbleheads are $25 each or $45 for the set of two plus a flat-rate shipping charge of $8 per order. Each bobblehead will be individually numbered and they are expected to ship in June.

Some fun and educational activities kids can do at home

Natasha Griffin with Penfield Children's Center joins FOX6 WakeUp with some fun and educational activities kids can do at home.