Video shows two men walking on the top of a seven train in Queens. Video via: @DOMINICANPROBLEMZ on Instagram

NEW YORK - A pair of subway surfers are being blamed for a major wave of train delays in Queens over the weekend.

Dramatic video posted on social media shows two men riding the top of a 7 train in the Jackson Heights neighborhood over the weekend.

Video posted by Instagram user @dominicanproblemz shows subway riders watching in disbelief as the pair run along the top of the train, which was immediately stopped by the MTA after it left the Roosevelt Ave. station.

It is currently unknown if the men seen riding on top of the train were caught. 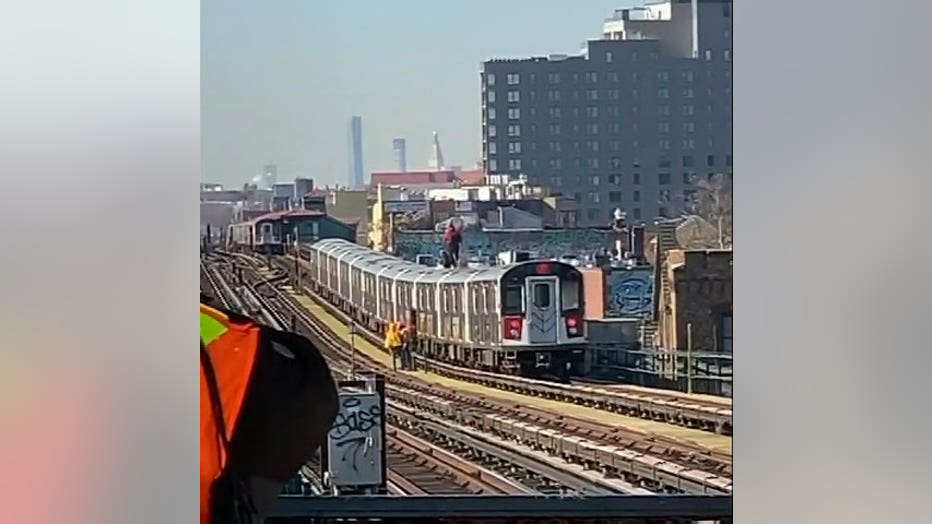