Raw video of eyewitnesses who saw the aftermath of the San Francisco Union Square Louis Vuitton store being ransacked. Caution: Content has strong language and video may be disturbing to some.

District 3 Supervisor Aaron Peskin, who represents the area, confirmed that six suspects have been arrested by San Francisco Police Department's Central Station officers. He said they did "great work" and that there were no injuries. 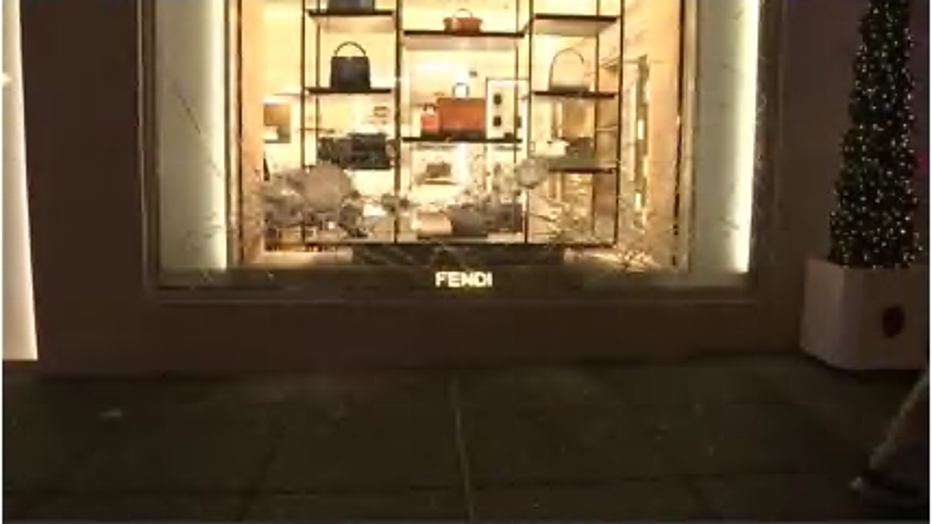 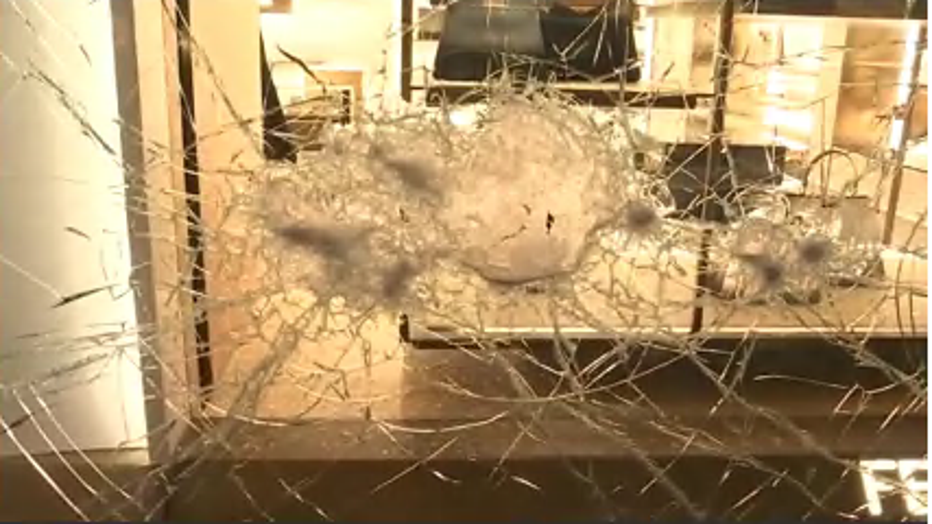 There were reports on the Citizen app that police used a pepper spray-like irritant on the thieves and then paramedics came to treat them.

SFPD Officer Robert Rueca said several arrests were made and that at around 8:10 p.m., officers responded to reports of possible looting and vandalism at Union Square retailers.

Video shared on social media in the aftermath of an apparent robbery at the Louis Vuitton store in San Francisco's Union Square.

"We are continuing to respond to other retail establishments where reports of vandalism has occurred," said Rueca. "Additional officers are responding to the area and are mobilizing to address the fluid and evolving situation."

A KTVU camera crew said Fendi and Yves Saint Laurent were among the affected retailers.

The incident at the high-end store located at Geary Boulevard and Stockton was first documented on Twitter at around 8:25 p.m. User @Yealenne posted video that shows the immediate aftermath of the theft with shattered windows on the store's ground and San Francisco police officers who responded to the scene.

Some of the high-end retail shops that were hit, included Louis Vuitton, Fendi, Burberry, Dolce & Gabbana.

Another user's video shows a man wearing multiple COVID masks to obscure his face as he walks out of the store in a hurry with as much merchandise as he can carry. While he seems to escape, SFPD officers then swoop in on foot down the street to stop what appears to be one of the getaway cars.

Thieves made off with merchandise after the San Francisco's Louis Vuitton store was ransacked Friday night. Police are seen on video posted to social media chasing down a suspect and breaking the windows of a getaway car.

Officers immediately use their batons to smash the Ford Mustang's windows and windshield. One officer can be seen with his firearm drawn at what appears to be someone occupying the vehicle.

KTVU's Henry Lee had reported most of the thieves initially got away in multiple vehicles. 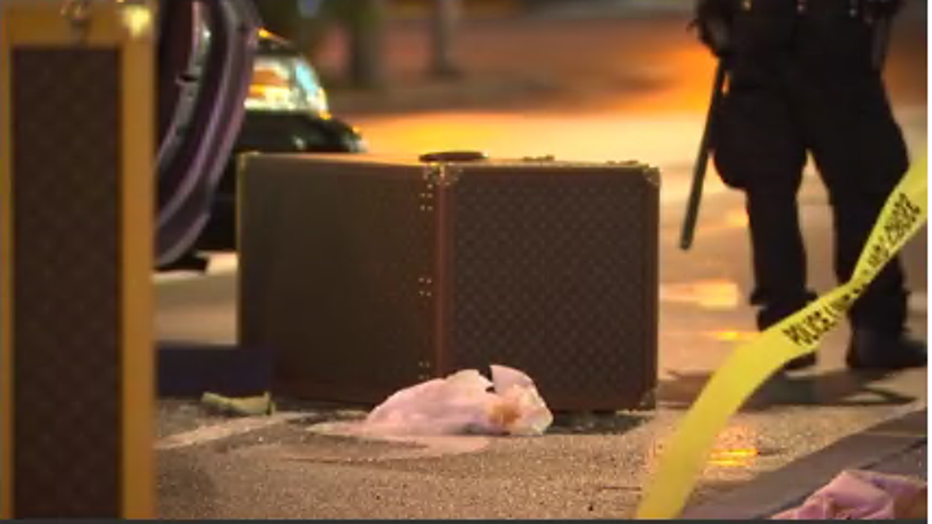 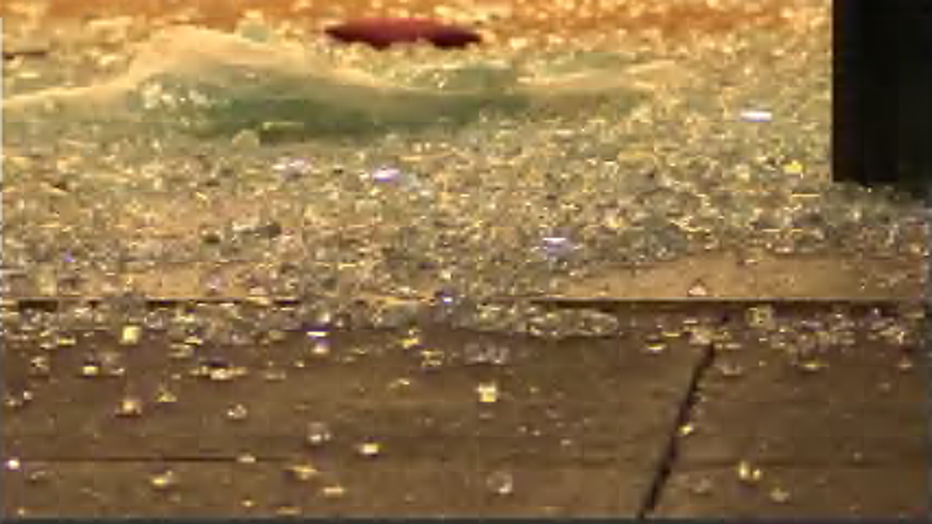 San Francisco's Department of Emergency Management sent out an alert shortly after 9 p.m. to avoid the area and to expect traffic delays because of the police activity.

It is unclear if this incident was connected to protest movements in light of the Kyle Rittenhouse verdict, which was announced hours earlier. When the police officer killing of George Floyd happened in 2020, Union Square was heavily looted. 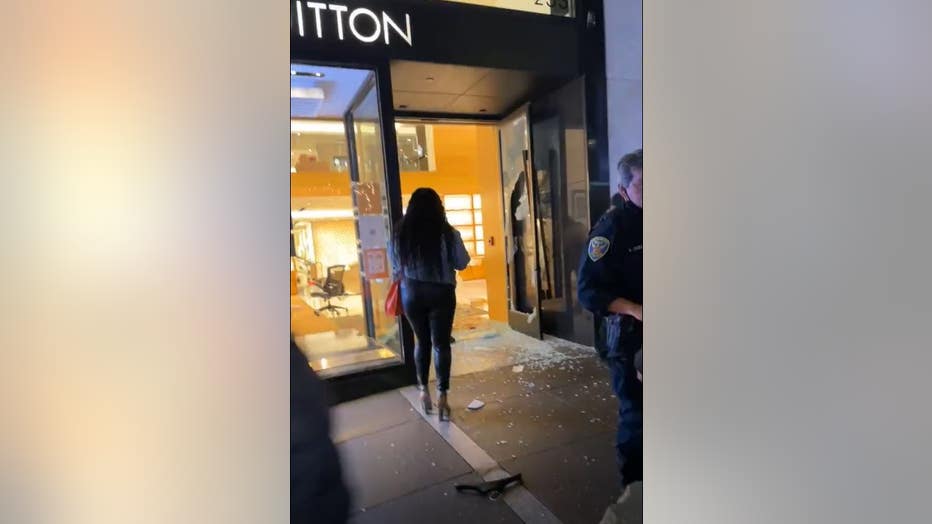 Shattered glass at the Louis Vuitton store in San Francisco.