The NYPD released video from security cameras showing a man hitting cars and a window with a handgun in Brooklyn, Nov. 8, 2019.

The man struck a 23-year-old man in the back of the head with the handgun near Lefferts Avenue and New York Avenue in Prospect-Lefferts Gardens just after 8 p.m. on Nov. 8, 2019, police said. He then fled on Lefferts Avenue, police said, where security cameras captured his scary antics. 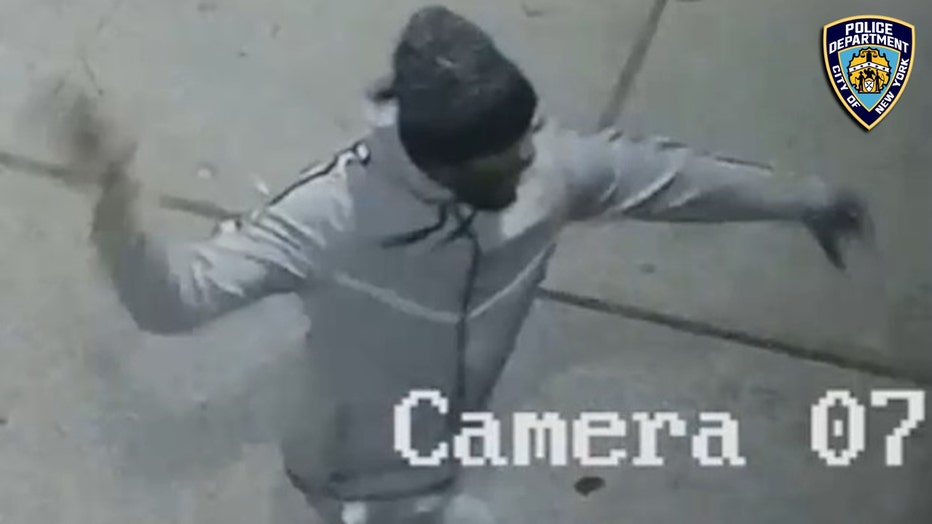 This image taken from security video shows a man with a gun smashing objects in Brooklyn. (NYPD)

The NYPD described the man as likely between 25 and 35 and wearing a gray hooded sweat suit and light-colored sneakers. The sweat suit has reflective panels.

If you have any information, you can contact Crime Stoppers at 800-577-8477, nypdcrimestoppers.com, or on Twitter at @NYPDTips. 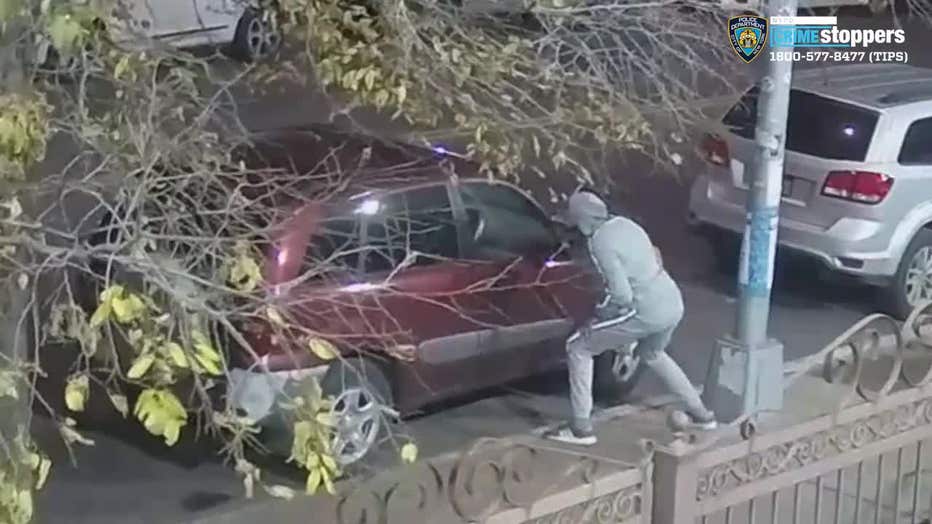 This image taken from security video shows a man with a gun smashing objects in Brooklyn.