Man sitting outside attacked with chair

A man sitting at an outdoor dining table in Midtown Manhattan was randomly attacked and robbed by a stranger using a chair as a weapon.

NEW YORK - A frightening attack at a Midtown Manhattan pizza shop was caught on camera.

A 66-year-old man was seated at a table outside the restaurant on West 58th St. around 10:30 p.m. last Friday.  Another man was walking down the sidewalk.

When he reached the table, he picked up a change and violently threw it at the seated man.

The victim dropped his phone during the assault and the attacker picked it up and ran away eastbound on 58th St.

The victim got himself to Mount Sinai West for treatment of a broken bone in his arm.

The NYPD released images of the man they are looking for.  They described him as having a dark complexion. He was last seen wearing a blue shirt and black/white checkered sneakers. 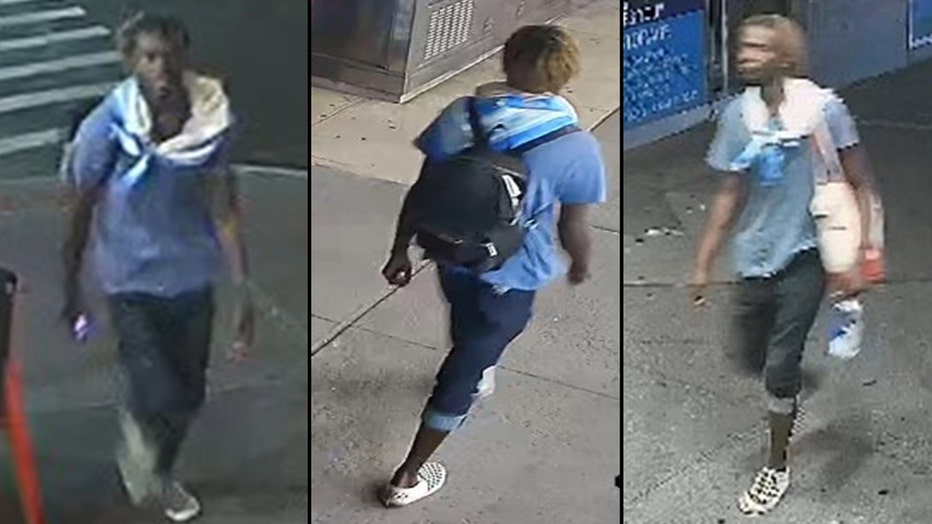