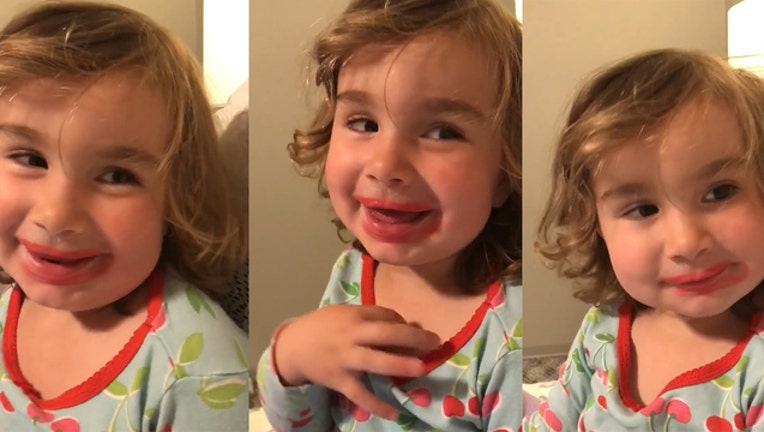 (FOX 13 Tampa) - A precious interaction between father and daughter has gone viral after the young girl was caught wearing lipstick.

Well, she adorably calls it, “yip-tick.”

“Did you do anything in the bathroom?” he is heard asking her in the video.

She shakes her head and replies, “I was putting my yip-tick on and then I was getting my phone.”

His daughter said the “yip-tick” belonged to her and when he asked her if she asked for permission to put it on she responded, “I asked myself.”

When Peter asked her where she bought it, she said:

And, together, Peter and his daughter busted out with laughs.

The full video can be viewed below:

A precious interaction between father and daughter has gone viral after the young girl was caught wearing lipstick.