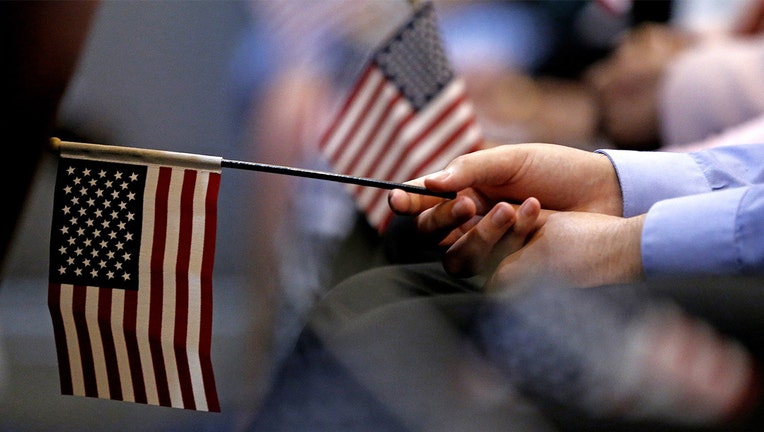 BROWNSVILLE, Texas - A Mexican American living in Texas, who is a Vietnam War veteran and a Purple Heart recipient, has finally received U.S. citizenship -- more than 50 years after his military duty, according to a report.

Ruben Sanchez was 20 years old when he joined up to defend America, he told KVEO-TV in Brownsville, Texas.

"L.B. Johnson took over and he started drafting the people, the young guys like myself," he said. He quoted President Johnson's predecessor, John F. Kennedy: "Ask not what your country can do for you, ask what you can do for your country."

Sanchez told a reporter he and other immigrants were promised U.S. citizenship in exchange for their service but it never happened.

“They promised, if they go to fight, they were gonna get their citizenship and they lied to them,” he said, adding that some veterans were deported after returning from the war.

Local veterans advocate Mario Ybarra told the station that starting the citizenship process can be intimidating and at the time there likely wasn’t enough support to help veterans like Sanchez.

“But that in itself shouldn’t be a hindrance because it’s basically just a matter of following good instruction and paying attention to details and having the needed documents for processing,” Ybarra told the station.

Sanchez took the oath of allegiance in the Rio Grande Valley city of Harlingen, Texas, where he was also recognized with a certificate noting his wartime service along with an American flag that had flown over the U.S. Capitol.

RELATED: Trump says remaining US troops in Afghanistan should be ‘home by Christmas’

“I also want to congratulate you for receiving your citizenship today,” Patrick Roberts, veterans outreach director for the office of U.S. Rep. Vicente Gonzalez, D-Texas, told Sanchez. “It’s been long overdue and it’s something that you should have received, and you should have been a citizen long, long before this.”