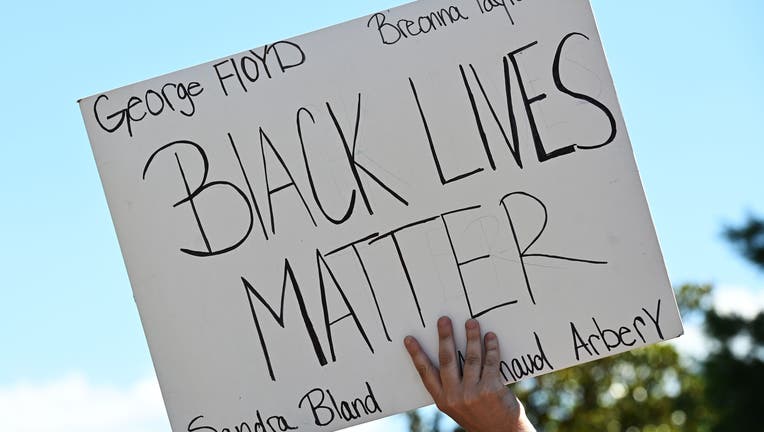 FILE - A protestor holds a "Black Lives Matter" placard while marching on H Street near Lafayette Square in Washington, DC on June 1, 2020.

WALLINGFORD, Vt. (AP) - The leader of a Vermont branch of the NAACP is selling her home over what she describes as months of racially motivated harassment targeting her and her children.

Tabitha Moore, director of the Rutland Area chapter of NAACP, tells the Rutland Herald in a story published Friday she’s already found a buyer for her Wallingford home, but doesn’t know yet where the family will move.

“It’s been heating up for a while, since June,” she said. “A number of nonspecific threats and different incidents have been growing.”

A wooden pallet she had decorated for a town celebration, and which bore Black Lives Matter imagery, had white paint thrown on it near the end of August. Her high school age daughter has also been harassed on social media after convincing the school board to allow the BLM flag to be flown at her school.

Moore said the town is full of good people who support her, which is why she has stayed as long as she has, but she said the harassment has become too much.