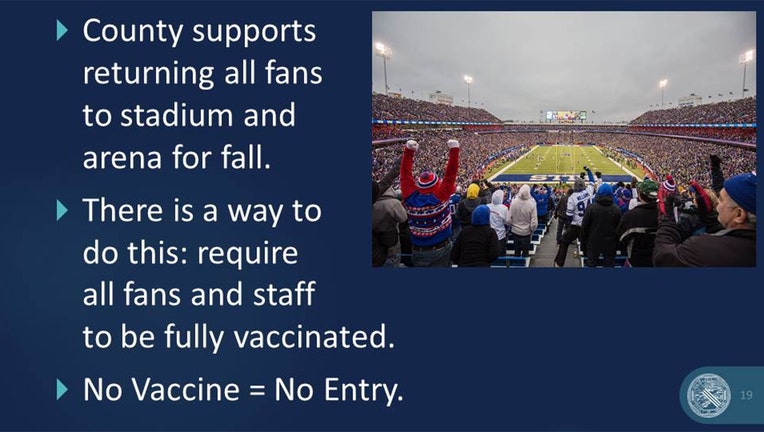 NEW YORK - Anyone who wants to attend an NFL game at the stadium where the Buffalo Bills play their home games will need to be vaccinated, a local government official announced Tuesday.

Erie County Executive Mark Poloncarz says all fans and staff at the facility will need to be fully vaccinated to enter the stadium.

He says a negative coronavirus test will not be enough.

"No vaccine, no entry," Poloncarz promoted at a news conference.

Poloncarz says having everyone fully vaccinated will be the only way to sell out the 72,000 seat facility.

He suggests people who want to attend games sign up for New York's "Excelsior Pass", a smartphone app that shows your vaccination status.  Critics say the so-called vaccine passport is an invasion of privacy.

He announced that the Buffalo Sabres will also require vaccinations at home games.  Erie County owns the venues that both teams use to play their home games.