Tracking the timeline of Gabby's disappearance

Utah investigators have determined that there is no connection between the horrific double murder of a newlywed couple found dead just outside Moab and the missing person case of Gabby Petito, who passed through the city with the fiancé who drove back to Florida without her.

"It has been determined that the Gabby Petito missing person case is not related to the double-homicide case involving Crystal Turner and Kylen Schulte," Grand County Sheriff Steven White said in a statement Friday afternoon.

MOAB MURDERS: WHAT HAPPENED TO CRYSTAL TURNER AND KYLEN SCHULTE AFTER AUG. 13? 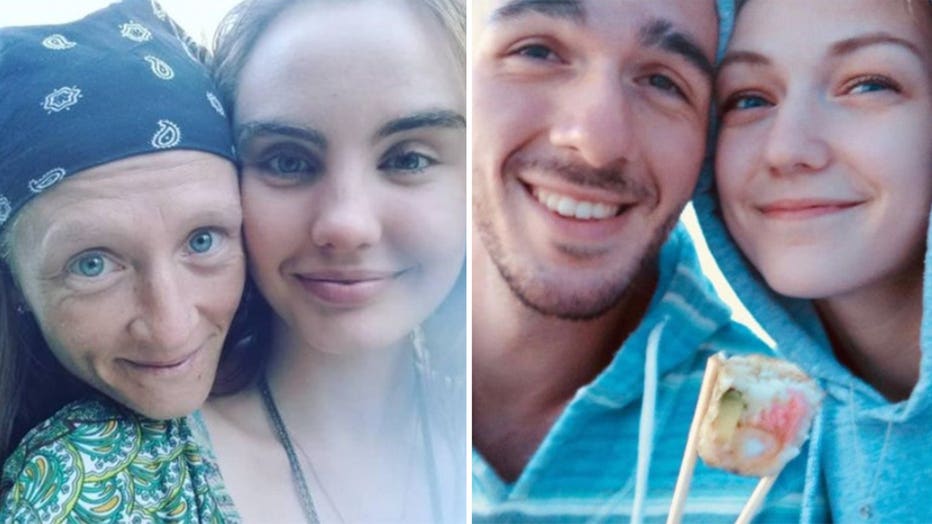 The Grand County Sheriff’s Office said they are investigating any possible connection between the double homicide of Crystal Turner and Kylen Schulte (right) in mid-August, and the disappearance of Gabby Petito in late August.

Crystal Turner, 38, and Kylen Schulte, 24, were found dead on Aug. 18 with multiple gunshot wounds in the South Mesa area of the La Sal Loop Road, police said last month. They had last been seen alive on Aug. 13 at Woody’s Tavern in downtown Moab.

Local businesses and anonymous donors are offering a $20,000 reward for information that could crack the case, the sheriff's office said. Anyone with information is asked to call investigators at (435) 259-8115.

Authorities had been looking into the cases as possible connected due to their close proximity in timing and location.

A day before Turner and Schulte went missing, an incident related to another unsolved case happened just outside the Moonflower, where Schulte had been working until 3 p.m. on Aug. 12. A witness called 911 to report a possible domestic incident between Petito and her fiance, Brian Laundrie, around 4:30 p.m. that day.

Weeks later, Laundrie drove home to his parents' house in Florida – in Petito's van but without her. Then he hired a lawyer and said nothing to police – or to his fiancee's family, according to authorities.

Both cases remain under investigation.

22-year-old Gabby Petito from New York's Long Island was reported missing on Saturday by her family after her fiancé returned home alone from a cross-country road trip the two had embarked on in early July. Police and Petito's family say the fiancé, Brian Laundrie, is refusing to speak to law enforcement (Steve Petito)

Joseph Petito on the search for his missing daughter Gabby

Joseph Petito spoke with North Port police about the ongoing search efforts to find his missing daughter. Video via NPPD.