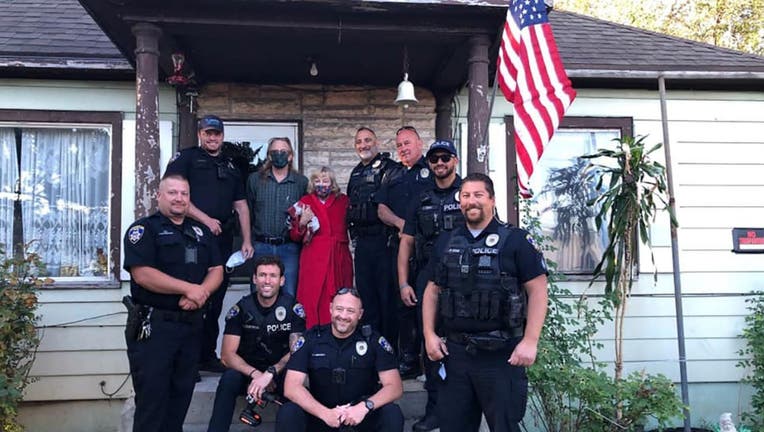 SALT LAKE CITY - Utah police helped replace a woman’s American flag after she broke it while using Old Glory to protect her family from a home intruder on Monday, authorities said.

The woman and several family members were assaulted just outside their home after a man entered through the front gate around 8:45 a.m., the South Salt Lake Police Department said in a news release.

The woman, identified as 73-year-old Lejune Timmerman, told KUTV the stranger had jumped the fence and began beating her brothers and choking her.

She fought back after grabbing her flagpole, with the American flag still attached, police said. She struck the intruder multiple times, breaking the flagpole in the process.

"I grabbed my glory and started beating the hell back,” Timmerman told the station. “I whooped his a-- and I’ll whoop it again." 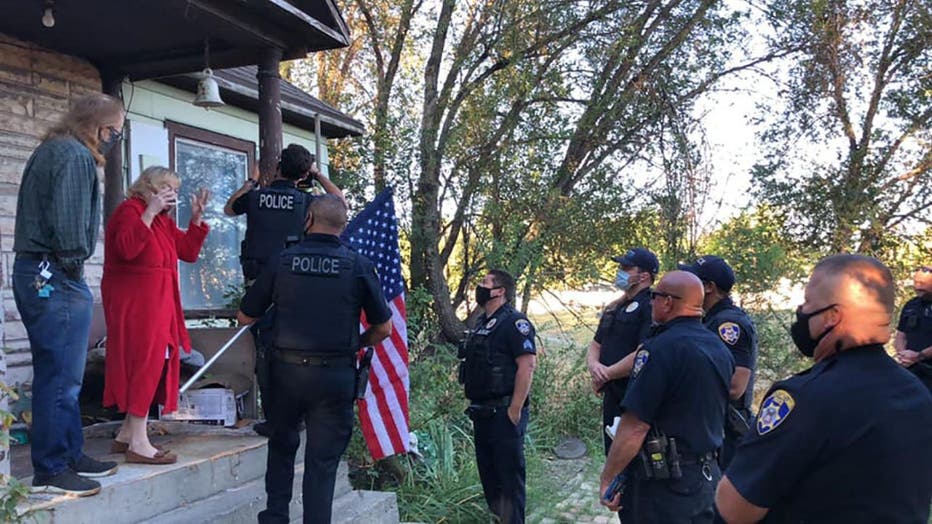 Timmerman was worried she had desecrated the flag while fighting off the intruder. (South Salt Lake Police Department)

The family ran inside their home to escape the attacker, but the suspect kicked in their door and continued to attack them, police said.

Officers arrived at the home and arrested the intruder, identified as 42-year-old Justin Scott Smith. He was charged with aggravated burglary, aggravated assault, criminal mischief, and two counts of assault.

Timmerman told police she was worried she had desecrated the American flag because it had touched the ground after the pole broke during the fight.

Officers took up a collection to replace the broken pole and flag, according to the department, and returned to the home on Tuesday to help mount a new one back outside the home.

The motive behind the attack remained unclear.