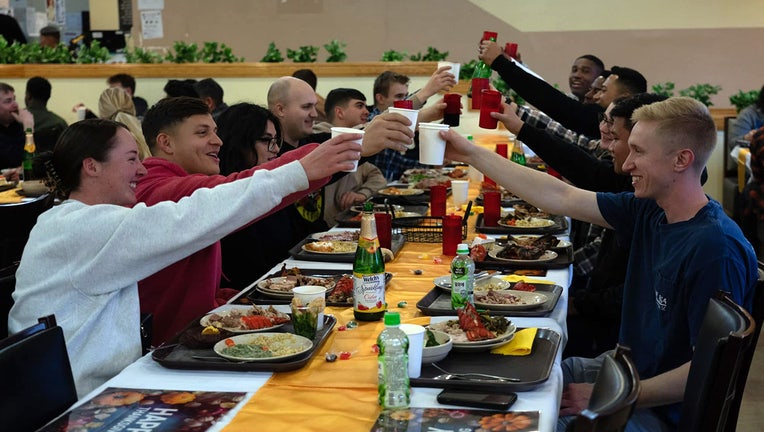 DONGDUCHEON, South Korea - They may be far from home, but U.S. troops are celebrating Thanksgiving around the world.

Soldiers stationed at an Army base in Dongducheon, South Korea enjoyed turkey and all the trimmings. Two even dressed as turkeys and raised their glasses to mark a day to give thanks.

"Oh, we're just giant turkeys," Sgt. 1st Class Nathan Jaramillo chuckled while in costume. "I guess I bought two of them just so we can represent the pardoned turkeys that the president of the United States would usually go ahead and let live on this grateful day." 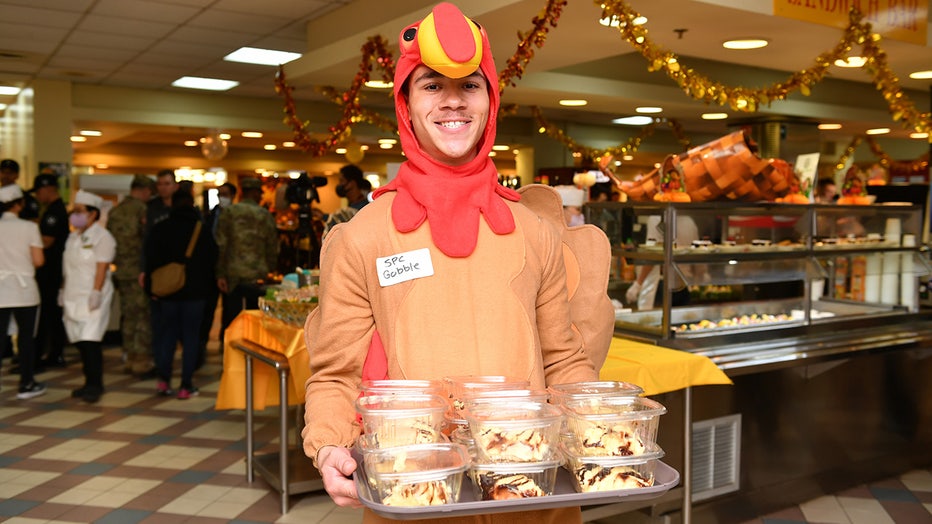 It’s a U.S. military tradition for commanders to serve the Thanksgiving meal to their troops. In Korea, the dining facilities also hold competitions for the best presentation, giving a competitive spirit to the season.

"It gives them that taste of home. And it's an opportunity for everybody to break bread together, have a meal together. And then for us as leaders, it’s a chance for our soldiers to see us as leaders serving them the meal," explained Col. Chad Roehrman, 2nd Stryker Brigade Combat Team commander.

Tensions have been high in Japan and the Korean Peninsula for weeks following North Korea’s frequent missile tests, and the barbs did not take a holiday break. The powerful sister of North Korean leader Kim Jong Un attacked South Korea with a string of insults on Thursday for considering new unilateral sanctions against the North, calling its president and his government "idiots" and "a running wild dog gnawing on a bone given by the U.S."

Kim Yo Jong’s diatribe came two days after South Korea’s Foreign Ministry said it was considering additional sanctions on North Korea over the barrage of missile tests. The ministry said it would also consider taking action against alleged cyberattacks by North Korea — believed to be a key new source of funding for its weapons program — if the North conducts a major provocation like a nuclear test. 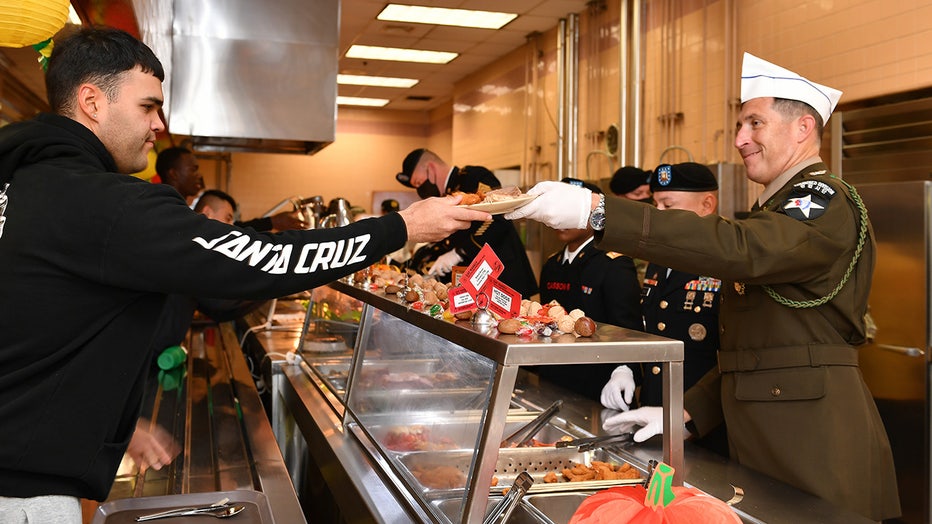 Against that backdrop, the deployed American troops still found time to reflect on both their service and their sacrifice.

"It's a moment today where you bring family and friends together and really appreciate what we are thankful for," offered Warrant Officer J.D. Mendiola. "And what makes this really special is this is, for some, the first time being away from home. So this is a great opportunity to essentially remind people that even though we are thousands of miles away from family and friends, there's still a family amongst each other here."

This story was reported from Tampa, Fla. FOX and The Associated Press contributed.