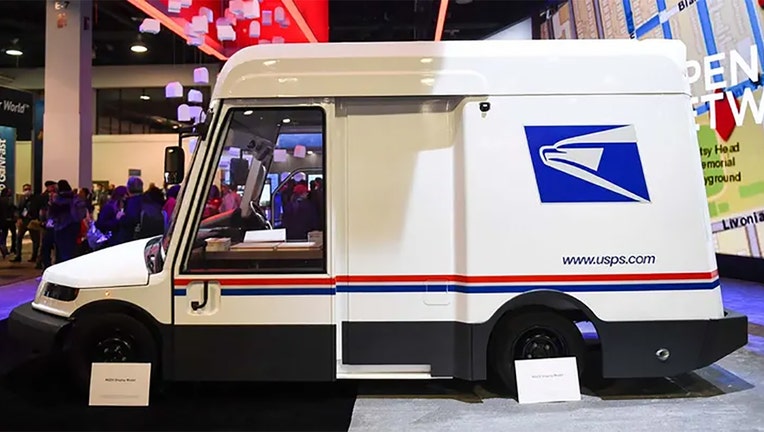 The U.S. Postal Service Next Generation Delivery Vehicle is displayed during the Consumer Electronics Show on Jan. 5, 2022 in Las Vegas. (Photo by PATRICK T. FALLON/AFP via Getty Images / Getty Images)

The U.S. Postal Service on Tuesday announced billions of dollars in new spending to switch from gas-powered mail trucks to new electric vehicles within the next five years, furthering President Biden's green agenda.

The Postal Service said in a news release it will spend a total of $9.6 billion on is next generation of mail delivery trucks, of which at least 66,000 will be battery electric vehicles. Included in that funding is $3 billion from the Inflation Reduction Act, which allocated a total of $369 billion toward climate and energy policies taken from Biden's Build Back Better plan.

"The $3 billion provided by Congress has significantly reduced the risk associated with accelerating the implementation of a nationwide infrastructure necessary to electrify our delivery fleet," said Postmaster General Louis DeJoy.

The Postal Service said the new electric vehicles will begin to replace its aging delivery fleet of over 220,000 mail trucks. The funding will also be spent on constructing tens of thousands of charging stations. The agency hopes that by 2026 all its newly purchased mail delivery trucks will be electric powered.

"While most of the electric vehicle funding will continue to come from Postal Service revenues, we are grateful for the confidence that Congress and the Administration have placed in us to build and acquire what has the potential to become the largest electric vehicle fleet in the nation," Dejoy said.

The White House celebrated the announcement as a significant advancement toward Biden's goal of half of newly sold in 2030 be electric. 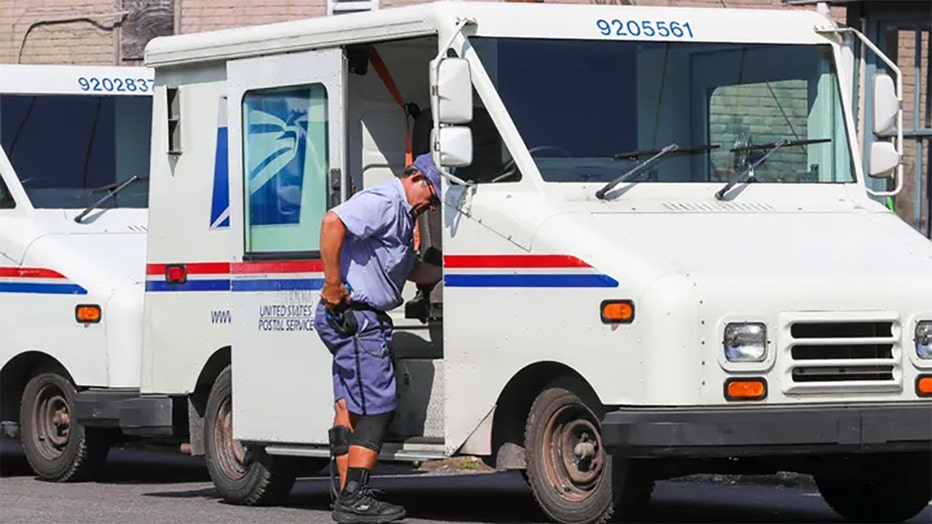 "We commend the U.S. Postal Service," President Biden's senior adviser John Podesta said in a statement. "The USPS plan leverages the $3 billion provided by the Inflation Reduction Act to hit the target of 100% electric delivery vehicle purchases in 2026, sets the postal fleet on a course for electrification, significantly reduces vehicles miles traveled in the network, and places USPS at the forefront of the clean transportation revolution."

The $9.6 billion investment in electric vehicles comes as the Postal Service continues to operate at a loss. The agency reported an adjusted loss of $473 million for fiscal year 2022 in November, following a one-time, non-cash benefit of $57 billion to net income from the Postal Service Reform Act.

Growth was attributed to price increases for First-Class Mail and the bounce-back of marketing mail revenue after the pandemic. The total volume of mail delivered was down 1.6 billion pieces, or 1.2%.

The sorry financial state of the Postal Service has led to multiple bailouts from Congress over the years. Officials said that modernizing the mail delivery fleet will lead to cost reductions in the long term.

"A key focus of our modernization effort is to reduce inefficient transportation and improve distribution operations, resulting in far less air cargo and far fewer truck trips," DeJoy said. "When combined with our substantial commitment to the electrification of our delivery vehicles, the Postal Service will be at the forefront of our nation’s green initiatives."

The new next-generation mail trucks are expected to start delivering mail in late 2023. The vehicles are built by Oshkosh Defense.

Read updates to this story at FOXBusiness.com.