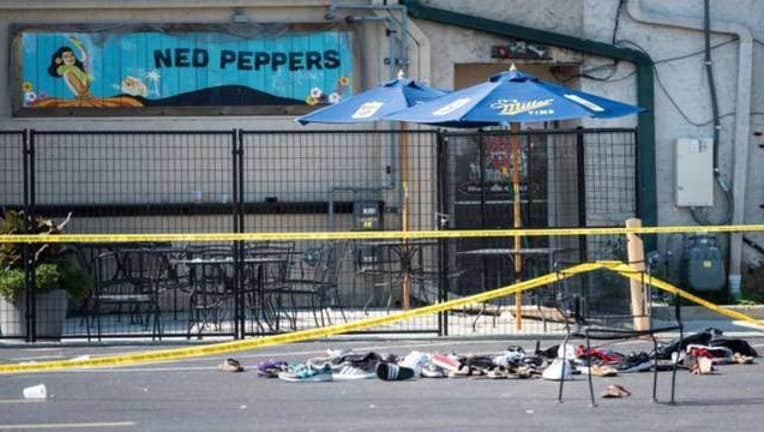 Pairs of shoes are piled behind the Ned Peppers bar belonging to victims of the Dayton, Ohio, mass shooting.( MEGAN JELINGER/AFP/Getty Images )

ALBUQUERQUE, N.M. (AP) - Uruguay issued a warning to its citizens early this week about traveling to the U.S. after two mass shootings killed more than 30 people.

Uruguay's Foreign Ministry said in a statement that the three cities are among the 20 most dangerous in the world and cited CEOWORLD magazine at its source.

Albuquerque spokesman Matt Ross said it was absurd for Albuquerque to be cited.

Venezuela's Foreign Ministry also issued a statement suggesting its citizens "postpone travel" to the U.S. in light of "hate crimes."