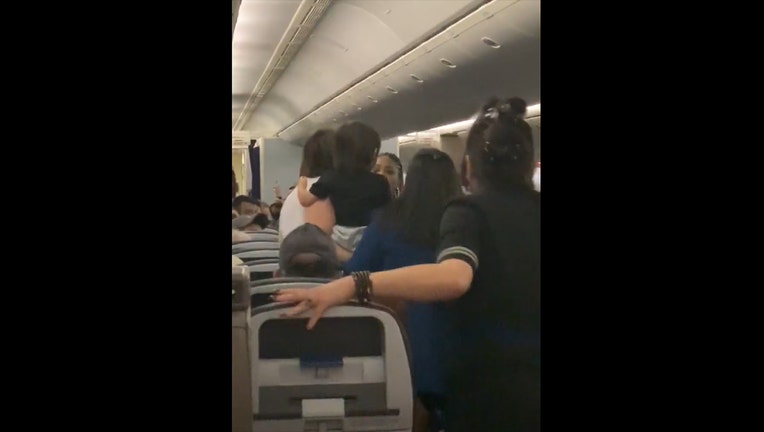 CHICAGO - A United Airlines flight attendant was taken to a hospital following an incident with an angry passenger on a flight.

A video captured by a passenger shows several flight attendants confronting a woman carrying a child. Screaming and yelling are heard as the passenger screams, "Where is it?"

"A disruptive customer on a flight from San Francisco to Chicago was removed by law enforcement upon landing on Sunday, and one member of the flight attendant crew was taken to a hospital for evaluation," United Airlines said in a statement.

Three individuals on the plane were taken to nearby Resurrection Hospital for observation, according to a statement from the Chicago Police Department.

"We’re grateful to our crew for handling this difficult situation with professionalism and for putting the safety of our team and our customers first," United Airlines said in the statement.

United Airlines said there were no serious injuries.

The Chicago Police Department said the incident was under investigation by police and the FBI.