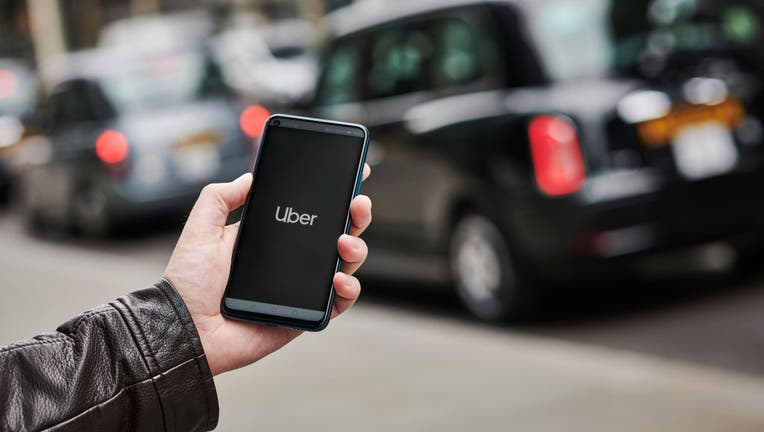 LONDON, UNITED KINGDOM - JUNE 4: Detail of a man holding up an Honor 20 Pro smartphone with the Uber transport app visible on screen, while taxis queue in the background, on June 4, 2019. (Photo by Olly Curtis/Future via Getty Images)

Rideshare giant Uber is being sued by more than 500 women in multiple states who say they were attacked while utilizing the company's services and that the San Francisco-based firm has not put adequate safety measures in place to protect passengers.

The class action was filed by law firm Slater Slater Schulman LLP, which says the plaintiffs include women who "were kidnapped, sexually assaulted, sexually battered, raped, falsely imprisoned, stalked, harassed, or otherwise attacked by Uber drivers with whom they had been paired through the Uber application."

The firm noted that the filing comes a month after Uber released its latest safety report, wherein the company disclosed that it received more than 3,800 complaints of sexual assaults on Uber rides in 2019 and 2020.

"Uber's whole business model is predicated on giving people a safe ride home, but rider safety was never their concern – growth was, at the expense of their passengers' safety," said Adam Slater, founding partner of Slater Slater Schulman. "While the company has acknowledged this crisis of sexual assault in recent years, its actual response has been slow and inadequate, with horrific consequences."

Slater added, "There is so much more that Uber can be doing to protect riders: adding cameras to deter assaults, performing more robust background checks on drivers, creating a warning system when drivers don't stay on a path to a destination."

Uber told FOX Business the company cannot comment on pending litigation, but a spokesperson said the company takes reports of this nature very seriously and has worked closely with advocates to develop a survivor-centric approach to handling such cases when they arise.

He added, "We’ve prioritized robust screening processes and technology, built new safety features and invested in providing riders and drivers with support in times of need."

Uber has developed an emergency button where users can call or text 911 through its app, utilizes GPS data to track records of trips, and made the numbers of drivers and riders anonymous when they contact each other through the platform.

The company also requires background checks for all its potential drivers.