It’s the first time these shows are available on a streaming platform for viewers to watch with English subtitles. A Spanish dubbed version for "Saint Seiya: Hades," is already available now and one for "Dr. Slump," will available on the platform later this month.

Read a description for the two shows here:

Saint Seiya: Hades: "Hades, the Lord of the Dead, has come back from the depths of darkness and is after Athena. Will Seiya and the Gold Saints be able to protect Athena from the approaching hands of death?"

Dr. Slump: "A comedic adventure about an inventor and his robotic daughter Arale." 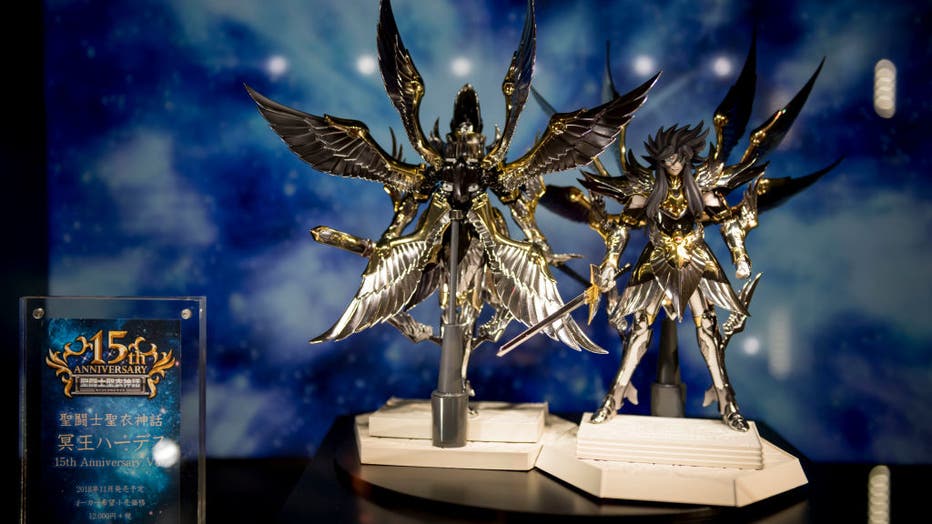 the Bandai Co. new Myth Cloth dedicated to Hades Surplice 15th Anniversary, from the anime and manga series "Saint Seiya: Hades." Made of PVC, ABS and Die-cast (the armature) measures a total height of 16 cm.

Those titles included, six TV special installments of the internationally popular "One Piece" franchise – including "3D2Y," "Episode of Sabo," "Adventure of Nebulandia," "Heart of Gold," "Episode of East Blue" and "Episode of Skypiea."

Here are a few of the anime titles already available on Tubi:

"He's a legend with an ice cold soul and a jones for revenge: Afro Samurai. As a kid, he saw his father slaughtered. Now a man, Afro journeys to the mountain to face destiny. The perpetrators are gonna get what they deserve."

"A mysterious child with psychic abilities escapes his prison and inadvertently draws a violent motorcycle gang into a heinous web of experimentation."

"From the director of Death Note comes Attack on Titan. Many years ago, humanity was forced to retreat behind the towering walls of a fortified city to escape the massive, man-eating Titans that roamed the land outside their fortress."

"The world is ripe for adventure when you're a cat who lives inside a banana, with plenty of kitty friends to share in your discoveries!"

"Ichigo could always see ghosts, but when a Soul Reaper transfers her powers to him he find his calling: to protect the living and the dead from evil."

"Explore the galaxy in this undeniably hip series that inspired a generation—and redefined anime as an indisputable art form. The Bebop crew is just trying to make a buck, and they’re the most entertaining gang of bounty hunters in the year 2071."

"Light Yagami is just another bored student until he finds the Death Note, a mysterious notebook that grants the power to kill anyone he names."

Catherine Park contributed to this story.