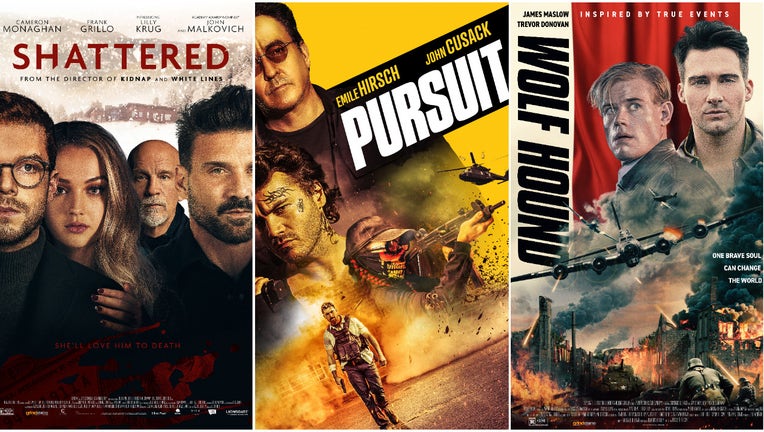 Chicago - Great news for people who like free movies: Tubi is about to get a whole lot more of them! FOX Entertainment’s free ad-supported streaming service just announced it has entered an exclusive multi-year slate deal with the entertainment company Lionsgate. Not only will Tubi add 200 Lionsgate fan-favorite titles to its massive catalogue, it will also become the premiere free-streaming home to 30 new feature films.

"We’re thrilled to be expanding our long-standing partnership with Lionsgate," said Adam Lewinson, Chief Content Officer at Tubi. "Bringing together an exclusive free offering of 30 upcoming releases, as well as beloved movies and series from Lionsgate’s world-class content library, will deliver even more value to our viewers."

Here are some more details about those three buzzy new Lionsgate films, according to a press release:

John Cusack ("Grosse Pointe Blank") and Emile Hirsch ("Into the Wild") star in this action thriller about a tough cop’s hunt for an even tougher criminal. Detective Breslin crosses paths with Calloway (Hirsch), a ruthless hacker desperate to find his wife, who has been kidnapped by a drug cartel. When Calloway escapes police custody, Breslin joins forces with a no-nonsense female cop to reclaim his prisoner. But is Calloway’s crime-boss father (Cusack) somehow involved in this explosive situation?

Starring Trevor Donavan ("90210"), James Maslow ("Big Time Rush") and Michael Wayne Foster ("Embattled"), and based on the real-life Nazi program KG 200, "Wolf Hound" chronicles the story of a Jewish-American pilot shot down behind enemy lines. With little more than his wits and a sidearm, he must outsmart a brilliant enemy, rescue his captured crew, and foil a plot that could change the course of the war.

Other Lionsgate titles that are currently streaming on Tubi include Paul Feig’s dark comedy thriller "A Simple Favor,"the fantasy action epic "Gods of Egypt" and the magician heist movies "Now You See Me" and "Now You See Me 2."

You can watch all of those movies and more on Tubi or via the Tubi app.