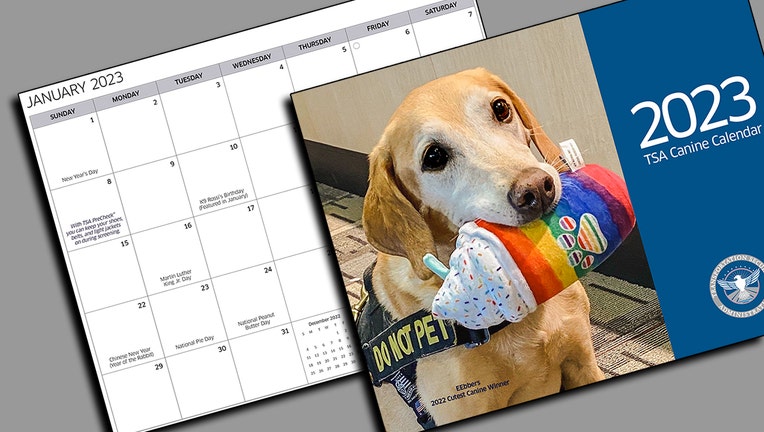 NEW YORK - The Transportation Security Administration has released its annual canine calendar, which pays tribute to the agency's explosives-detection dogs that work all over the country.

And two dogs from the New York area are among the 13 pooches featured in the free downloadable 2023 calendar. (More on them in a minute.)

"The 2023 TSA Canine Calendar features photos and fun facts about each of this year's 13 canine winners who were selected from dozens of entries submitted by TSA canine teams from across the country," the agency said in a news release.

The calendar's cover canine is EEbbers, the winner of the 2022 Cutest Canine Contest. EEbbers, who is also featured in the month of August, used to work at Minneapolis−Saint Paul International Airport but is now enjoying a well-deserved retirement.

"Each canine and its handler serve as a reliable resource for detecting explosives as well as providing a visible deterrent to terrorism across all transportation modes," the TSA said. "Once on duty, these canines work to safeguard passengers and cargo across the nation's transportation systems."

And now to the dogs of New York City. 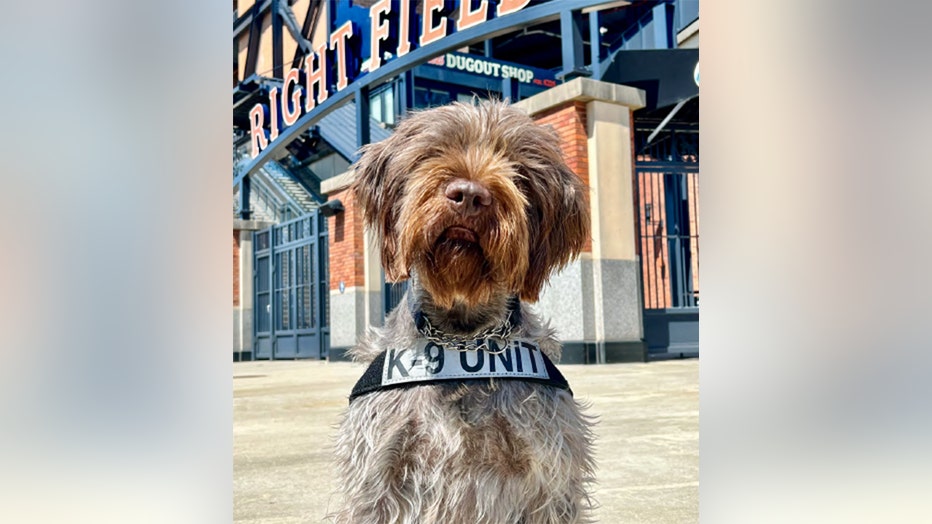 Djole is the bomb-sniffing dog featured with the month of April. The 3-year-old wirehaired pointing griffon works at LaGuardia Airport with a handler named James D.

"He is a spunky dog who loves to run outdoors on sunny days and then afterward takes a long relaxing nap," the TSA said. "His favorite treat is a peanut butter snack and Milk-Bones." 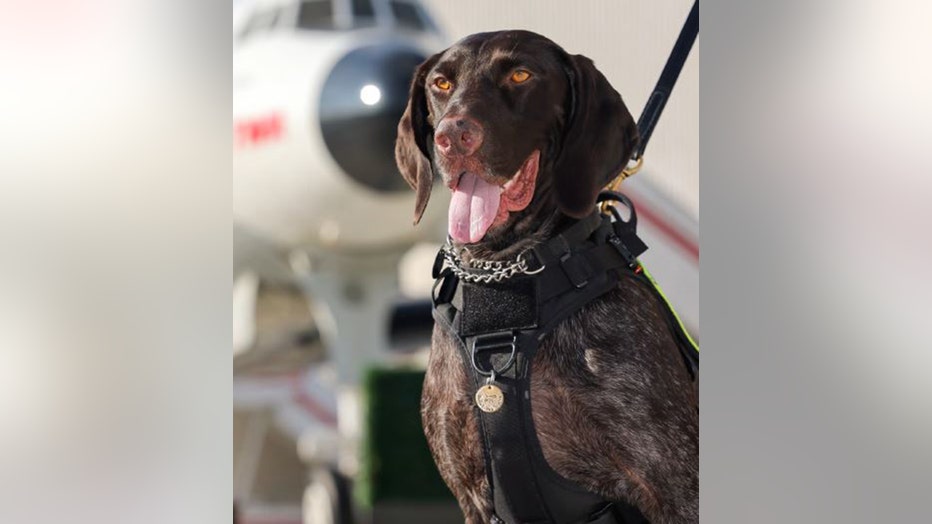 The "mischievous dog" liked going for walks to look for birds, squirrels and statues, according to the TSA. His favorite treats were Greenies.

You can download the 2023 TSA Canine Calendar from here and print it yourself. You can also order it through a FedEx print office.