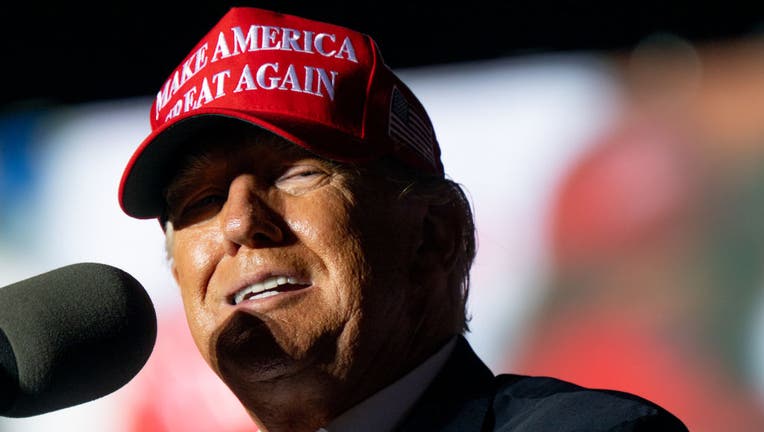 NEW YORK - More than three years after Manhattan prosecutors started investigating Donald Trump — after going to the Supreme Court twice to gain access to his tax records — the only criminal trial to arise from their efforts is about to begin.

No, the former president isn’t going on trial. His company is.

The Trump Organization, the holding company for Trump’s buildings, golf courses and other assets, is accused of helping some top executives avoid income taxes on compensation they got in addition to their salaries, like rent-free apartments and luxury cars.

Trump signed some of the checks at the center of the case but he is not charged with anything and is not expected to testify or attend the trial, which starts Monday with jury selection.

If convicted, the Trump Organization could be fined more than $1 million — but that's not the only potential fallout.

Trump’s ardent supporters aren’t likely to abandon him, no matter the outcome, but a guilty verdict could hamper his company's ability to get loans and make deals. New York City, for one, could use the legal cloud as new justification for seeking to oust the company from running a city-owned golf course.

Manhattan District Attorney Alvin Bragg, a Democrat, has said that his office’s investigation of Trump is "active and ongoing," and that no final decision has been made on whether he could face criminal charges in the future.

Trump, a Republican, has decried the probe as a "political witch hunt."

The Trump Organization has said it did nothing wrong and that it looks forward "to having our day in court."

RELATED: Trump's conspiracy of 'crime of the century' fizzles to nothing following 3 year probe

Judge Juan Manuel Merchan expects the criminal tax fraud trial, heavy on financial records and expert testimony, to take at least four weeks once a jury is seated. Given Trump’s fame as a businessman and polarizing politician, it could take a while to find jurors who feel they can judge the case impartially.

The star witness for the prosecution is expected to be Allen Weisselberg, one of Trump’s most trusted senior executives.

Weisselberg pleaded guilty in August to taking in over $1.7 million worth of untaxed perks from the company, including school tuition for his grandchildren, a Manhattan apartment and Mercedes cars for him and his wife.

His testimony comes as part of a plea agreement that requires him to serve up to five months in New York City’s Rikers Island jail complex, though he could be released after a little more than three with good behavior. The former Trump Organization chief financial officer must also pay nearly $2 million in taxes, penalties and interest and complete five years of probation.

Weisselberg, 75, has intimate knowledge of the Trump Organization’s financial dealings from nearly five decades at the company, but he is not expected to implicate Trump or any members of the Trump family in his testimony.

In pleading guilty, Weisselberg pinned blame for the scheme on himself and other top Trump Organization executives, including senior vice president and controller, Jeffrey McConney.

McConney was granted limited immunity to testify last year before a grand jury and could also make an appearance on the witness stand at the trial. The company’s director of security, Matthew Calamari Jr., the son of chief operating officer Matthew Calamari Sr., also received immunity for grand jury testimony.

When the Trump Organization and Weisselberg were indicted in 2021, prosecutors called the tax scheme "sweeping and audacious" and said it was "orchestrated by the most senior executives."

Besides Weisselberg, two other Trump Organization executives, who were not identified by name, also received substantial under-the-table compensation, including lodging and the payment of automobile leases, the indictment said.

"The purpose of the scheme was to compensate Weisselberg and other Trump Organization executives in a manner that was ‘off the books,’" the indictment said.

The Trump Organization is the entity through which the former president manages his many ventures, including his real estate investments, his many marketing deals and his TV pursuits.

Trump’s sons, Donald Jr. and Eric, have been in charge of day-to-day operations since he became president. Because the criminal trial involves charges against the corporate entity, not any individuals, the Trumps won't be held personally liable if a jury returns a guilty verdict.

The criminal case is one of two legal cases working their way through the New York courts that threaten to chip away at the gold-plated façade of Trump’s empire.

Last month, New York Attorney General Letitia James filed a civil lawsuit accusing Trump and the Trump Organization of misleading banks and others for years about the value of his assets. The civil suit seeks $250 million and a permanent ban on Trump doing business in the state.

A court hearing is scheduled in that matter for Oct. 31 as James seeks an independent monitor to oversee the Trump Organization’s activities after she alleged the company was taking steps to dodge potential penalties, such as incorporating a new entity named Trump Organization II.

Those aren't the only legal challenges Trump faces as he weighs a potential comeback campaign for president.

Last week, Trump gave sworn deposition testimony in a lawsuit brought by magazine columnist E. Jean Carroll, who says he raped her in the mid-1990s in a department store dressing room.

Meanwhile, the FBI is continuing to investigate Trump’s storage of sensitive government documents at his Mar-a-Lago estate in Florida.

A special grand jury in Georgia is investigating whether Trump and others attempted to influence state election officials.

On Friday, the House committee investigating the Jan. 6 insurrection issued a subpoena to Trump.