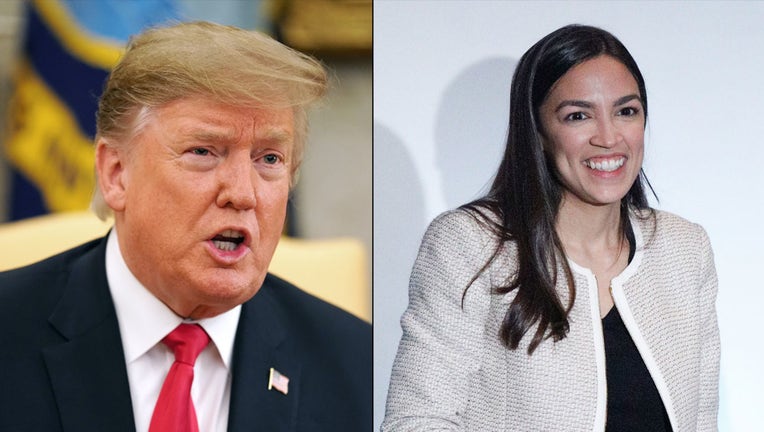 NEW YORK - In a Tuesday luncheon with news anchors previewing the State of the Union address, President Trump said that freshman Congresswoman Alexandria Ocasio-Cortez will run against New York Senator Charles Schumer for his seat.

And President Trump told his guests that "I think she will kick his ass."

Ocasio-Cortez turned 30 in October, making her eligible to run for the United States Congress.

The socialist shocked the national Democratic party when she ousted 10-term incumbent Joe Crowley in the 2018 midterm election primaries and then easily defeated her Republican opponent in the November 2019 general election.

Ocasio-Cortez is a member of an informal group of four progressive freshmen members of Congress who are referred to as "The Squad."  President Trump attacked them in a tweet last year.

Tuesday afternoon Ocasio-Cortez announced via Twitter that she would not attend the State of the Union address because she does not want to "normalize Trump's lawless conduct & subversion of the Constitution."

She said she was going to be live on Instagram later in the evening to answer questions from her constituents about the address.