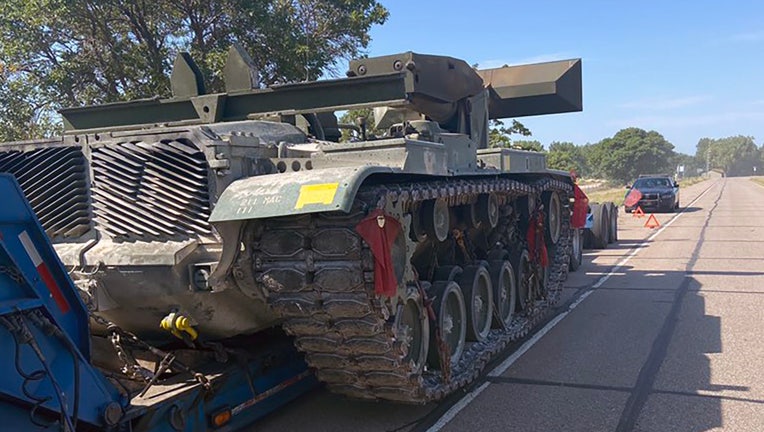 NORTH PLATTE, Neb. - Sometimes on those long car rides, you'll see vehicles abandoned on the side of the road. But what about a tank? That’s what greeted drivers along Interstate 80 near Overton, Nebraska yesterday.

The Nebraska State Patrol says the tank was left sitting on a parked trailer, apparently by a trucking company that was supposed to take it to its owner, the South Dakota National Guard.

The vehicle, which is part of the 211th Engineer Company, had been returning to South Dakota after a training mission in California.

Troopers say they are working with the National Guard to return the vehicle to South Dakota, as well as locate the driver who abandoned the trailer.