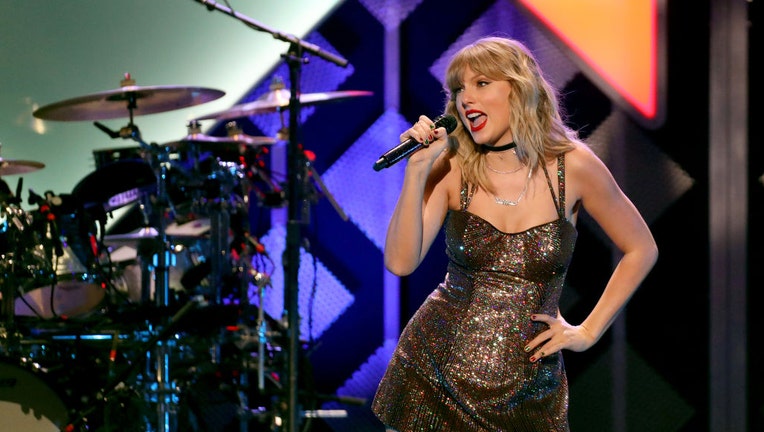 After millions of Taylor Swift fans (or Swifties) were unable to get their hands on tickets to the entertainer’s highly-anticipated "Eras Tour," Ticketmaster is now offering some fans an opportunity to buy tickets.

At the request of Swift’s team, Ticketmaster said on their website that some fans selected to purchase tickets to the concert were notified via email Monday. These fans will receive an invite to submit their ticket purchase request before Friday, December 23.

Ticketmaster said the invitations will be "staggered by tour dates" in each city. The ticket sales and distribution company added that a summary email will go to fans with details on the show and tickets they requested to buy.

Ticketmaster will send an email informing some fans that their ticket request has been confirmed. Once this happens, fans will receive instructions on how to claim their tickets.

All ticket sales are final and Ticketmaster explains that refunds and exchanges aren’t available, and they're telling fans to avoid requesting tickets they don’t want to purchase.

The announcement from Ticketmaster comes less than a month after the company canceled the general ticket sale, citing insufficient remaining tickets which outraged fans.

Pennsylvania Attorney General Josh Shapiro,  a Democrat who recently won Pennsylvania's governor race, last month thanked people for their "swift response" while noting his office had received "a lot of complaints" to look into.

However, after receiving thousands of complaints from Pennsylvania residents about the Swift ticket fiasco, some customers in the state will get a second chance to purchase tickets, FOX 29 Philadelphia reported Tuesday.

According to Attorney General Josh Shapiro's Office, a new round of ticket opportunities will be coming to Pennsylvania consumers who received pre-sale codes.

"After working directly with Ticketmaster on behalf of the thousands of consumers who reached out to our office, a new round of ticket opportunities will be coming to PA consumers who received a pre-sale code this month," Shapiro tweeted Tuesday.

As Swfities attempted to buy tickets during a presale event, the Ticketmaster website crashed and left many fans without tickets. The ticketing company said in a statement on Nov. 17. Two million tickets to The Eras Tour next year were sold during presales on Nov. 15, the most tickets ever sold on the platform in a single day, the Associated Press reported.

At the time, Ticketmaster cited "extraordinarily high demands on ticketing systems and insufficient remaining ticket inventory to meet that demand" as a reason for calling off the sale.

Questions lingered about how remaining tickets — and how many — would be sold. But Ticketmaster said about 1.5 million fans who had gone through an early verification process — called Verified Fan — were invited to purchase tickets and the remaining 2 million were placed on a waiting list, according to the AP.

A company representative said Ticketmaster is not involved in ticket resales for Swift's shows, the Associated Press noted.

"We want to apologize to Taylor and all of her fans - especially those who had a terrible experience trying to purchase tickets. We feel we owe it to everyone to share some information to help explain what happened," Ticketmaster tweeted on Nov. 18.

Last month, Ticketmaster said that the site was overwhelmed both by real people and bot attacks resulting in unprecedented traffic on their site. The statement said about 15% of interactions with the site had problems, including errors that caused people to lose tickets after they had waited in an online queue.

The 52-date Eras Tour kicks off March 17 in Glendale, Arizona, and wraps up with five shows in Los Angeles ending Aug. 9. International dates will be announced as well. It’s Swift’s first tour since 2018.

FOX 29 Philadelphia, FOX 2 Detroit, and the Associated Press contributed to this story. This story was reported from Washington, D.C.