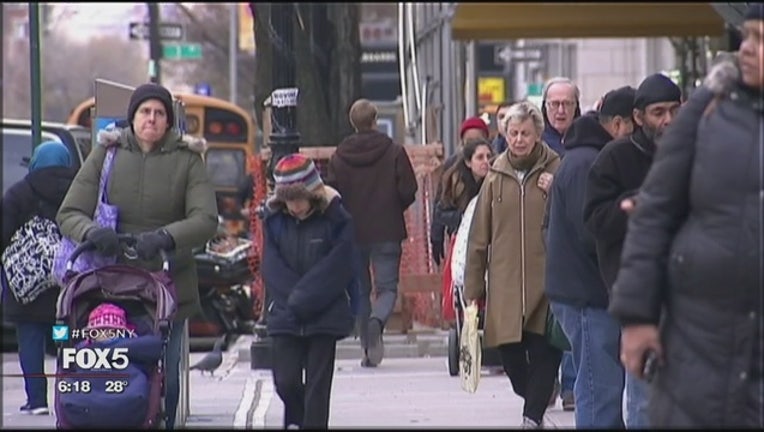 (THE CONVERSATION) The way my mom imagined it, midlife was going to be great: counting down days until retirement, spending winters in Florida and checking off destinations on her bucket list. But it hasn't turned out that way.

Instead of more time spent in Florida, she's still stuck in snowy upstate New York. She traded romps in the sea and traveling the world for her daily visits to her mom, who's in a nursing home. Instead of the joys of living the snowbird life, she's saddled with stress, guilt and the challenges of caring for my grandmother, who is 89 and dealing with dementia.

In a study my colleagues and I conducted on middle-aged adults, we followed 360 people on a monthly basis for two years, tracking their life events, health, well-being and character.

We found that midlife, generally considered to encompass the ages of 40 to 65, has become a time of crisis. But it's not the kind of crisis that exists in popular imagination – when parents, with their kids out of the house, feel compelled to make up for lost time and relive their glory days.

There's little time for jetting around the world. And splurging on a red sports car? Forget that.

Instead, the midlife crisis experienced by most people is subtler, more nuanced and rarely discussed among family and friends. It can be best described as the "big squeeze" – a period during which middle-aged adults are increasingly confronted with the impossible choice of deciding how to split their time and money between themselves, their parents and their kids.

Parenting your parents and your adult kids

Many middle-aged adults increasingly feel obligated to take care of both their aging parents and their kids.

Insufficient family leave policies force middle-aged adults to decide between maximizing their earning potential or caring for an aging parent. Of those who were working full-time while caregiving more than 21 hours a week for an aging parent, 25% took reduced work hours or accepted a less demanding position. Studies have shown that juggling a job while caring for a parents strains relationships and takes a toll on mental and physical health.

Middle-aged adults also find themselves contending with continued or renewed dependency of their adult children. Compared with 10 years ago, more adult children nowadays are living with their parents. One reason is that their kids are spending more time in school.

But there are also fewer employment opportunities, and young adults are having a tougher time securing basic needs, like health insurance. Together, these trends have led to more anxiety and depression among middle-aged parents, who fear their kids might never have the same opportunities they did.

Why is this squeeze happening now?

For one thing, the parents of middle-aged adults are living longer than ever before. The past century has seen remarkable gains in life expectancy. Options to care for aging parents in need range from in-home by oneself or with the help of home health aides to assisted living and nursing home facilities. Costs vary across the type of care, but overall costs are continually on the rise.

Meanwhile, the adult children of middle-aged Americans are still reeling from the Great Recession of 2008. A tepid labor market combined with student loan debt has left grown adult children struggling to find stable, long-term employment, and they've delayed buying a house and starting a family.

Finally, few policies are in place for those who try to balance work while caring for an aging parent. The U.S. doesn't have a federal policy for paid family leave, only unpaid.

Six states and the District of Columbia have paid family leave policies, which include up to 12 weeks of paid time off and wage replacement at 50% to 80% of one's salary. But it's often those who cannot afford to take time off or accept a pay decrease who end up as caregivers.

Although midlife often marks a high point for earnings and represents the peak of decision-making abilities, middle-aged adults are less equipped than you might think to assume midlife's new challenges and burdens.

Living wages are stagnant and labor market volatility has fueled job insecurity, with 24% of people aged 45 to 74 worried that they could lose their job in the next year.

Plus, middle-aged adults have their own health to worry about. As people get older, their health costs rise, which eat away at bank accounts, making it harder to make ends meet. While wider access to health insurance has made a difference due to the Affordable Care Act, rapid increases in costs for coverage and medications can severely strain household budgets.

A recent report found that middle-aged adults have the fastest-growing rate of bankruptcy – and one of the leading reasons is rising costs of health insurance coverage and medications. But parents who co-sign the student loans of their children have also created another bankruptcy risk factor.

What can be done?

Although it may seem like doom and gloom for middle-aged adults, there is hope. Workplace and policy changes can alleviate their struggles.

Extensive research has documented the effectiveness of training programs to help adults who are caring for their parents. These programs – which range from workshops on understanding dementia to tutorials on self-care – don't help with costs, but they can ease the emotional burden.

Meanwhile, studies have found that workplaces that give employees more control over their schedules can lead to better health, workplace performance and retention.

As for broader policy, the U.S. can look to Europe for ideas on how to address paid family leave. European nations have generous family leave policies that include long periods of paid time off following childbirth or for caregiving. Recently, several bills about family leave have been introduced in the U.S. Congress.

Midlife is arguably one of the least understood, appreciated and studied life stages. But it's a pivotal one, with middle-aged Americans playing outsized roles in their workplaces, families and communities.

Unfortunately, without changes to social support or public policy, the problems facing middle-aged Americans will only exacerbate due to the sheer number of baby boomers entering old age.

This article is republished from The Conversation under a Creative Commons license. Read the original article here.