A Texas anesthesiologist allegedly injected poison into IV bags, causing the death of a fellow physician and cardiac emergencies in 11 other patients at a Dallas facility in retaliation for a misconduct probe.

Dr. Raynaldo Rivera Ortiz Jr., 59, was caught on surveillance footage tampering with saline pouches in a warming fridge outside an operating room.

He was arrested Sept. 15 — one week after his medical license was yanked. 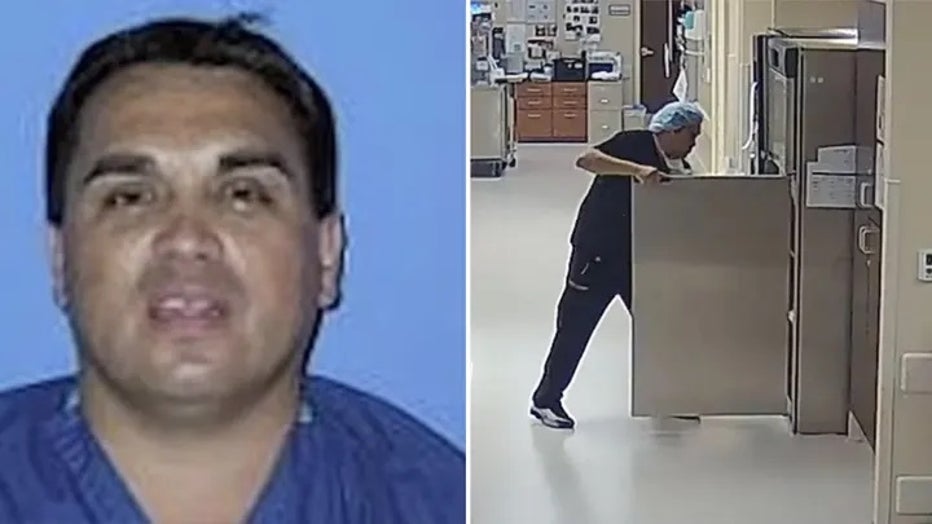 Dr. Raynaldo Rivera Ortiz Jr., is accused of killing a colleague and sickening 11 patients by injecting poison into their IV bags. He is shown in a screenshot from surveillance footage opening the warming fridge where the IV bags are stored. (U.S. St

Investigators said he was angry over a malpractice probe into a May 2022 incident, when one of his anesthesia patients stopped breathing during a routine procedure.

His attorney, John Nicholson, did not immediately respond to a request for comment.

Florida father executed in front of his toddler

Microsoft executive Jared Bridegan, 33, was mysteriously shot dead Feb. 16 in front of his 2-year-old daughter in north Florida after dropping off his twins at the home of his ex-wife Shanna Gardner-Fernandez.

The doting father had just taken the twins and his daughter Bexley, who he shares with his second wife Kirsten Bridegan, out for dinner.

With Bexley strapped in her car seat, Bridegan was driving home to St. Augustine from his ex's home in a tony Jacksonville suburb where he came upon a tire in the road and stopped, according to police.

As he stepped out of his black Volkswagen Atlas, an unknown assailant mercilessly shot Bridegan in front of the terrified child and fled.

Bexley remained in the car for three full minutes near her father’s lifeless body before a passerby stumbled on the disturbing scene, police said.

Kirsten Bridegan, 30, was at home with the couple’s 7-month-old daughter, London, awaiting his return.

After the killing, details emerged of the slain father's acrimonious 2015 split from his ex-wife and near constant custody litigation over their children.

The shocking murder remains unsolved, and the Jacksonville Beach Police Department has not publicly named a suspect.

Mother of two Orsolya Gaal, 51, was stabbed more than 50 times in the basement of her $2 million New York City home April 16 while her 13-year-old son slept upstairs.

Her dismembered body was found stuffed in a bag and dumped in a nearby park— with a trail of blood leading back to the crime scene. Her husband and older son were out of town touring colleges at the time. 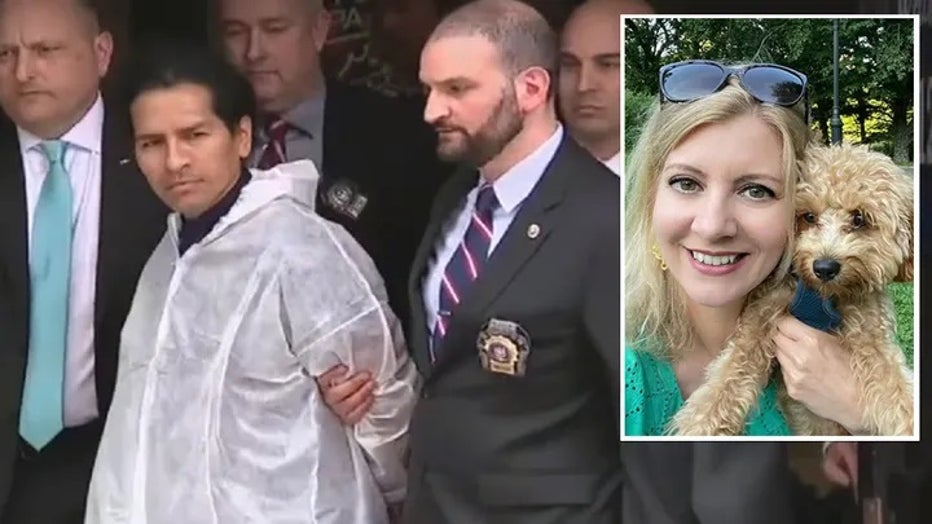 Five days after the grisly discovery, police arrested Gaal’s 44-year-old handyman lover David Bonola, who was in the country illegally.

Bonola was captured on eerie surveillance footage wheeling his lover’s remains in the hockey bag that belonged to one of her sons before ditching the remains in a wooded area of the park.

It soon emerged that the pair had been having an affair for about two years, and they had gotten into an argument the morning of the killing because he believed she had given him HIV, Bonola told police, according to court records.

Bonola pleaded guilty in November to first-degree manslaughter in exchange for 25 years in prison.

Armstrong’s then live-in boyfriend, Colin Strickland, also a pro cyclist, had allegedly dated 25-year-old Wilson, who was in town for a competition. 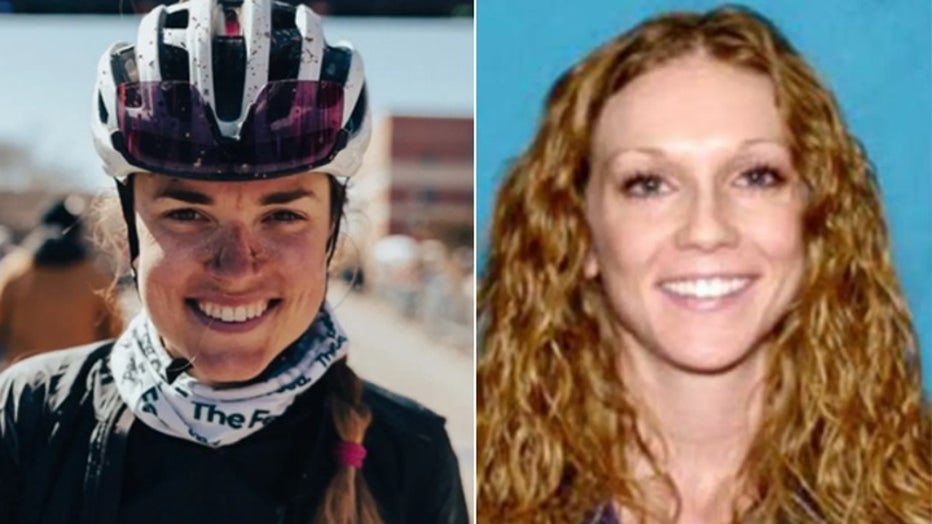 The afternoon before the murder, Wilson went swimming and dined at Pool Burger with Strickland.

Moments after he dropped her off at an apartment where she was staying, an SUV matching Armstrong’s was seen on surveillance outside the home, police said.

Cops questioned Armstrong on May 12 and released her. She then took off to New York City and vanished.

After leading authorities on a 43-day manhunt, Armstrong was finally captured in Costa Rica in July and extradited back to the U.S., where she is awaiting trial.

Armstrong's defense lawyer Rick Cofer did not immediately return a request for a comment.

University of Idaho students Kaylee Gonclaves, 21, Madison Mogen, 21, Xana Kernodle, 20, and Ethan Chapin, 20, were found stabbed to death in the early morning hours of Nov. 13 inside a rental home near campus.

The victims were likely ambushed in their sleep, and each was stabbed multiple times between 3 a.m. and 4 a.m, on the second and third floors, according to police.

Two female roommates on the first floor slept through the attack. Authorities have described the slayings as a "targeted attack."

The Moscow Police Department, working with the Idaho State Police and the FBI, has not identified a suspect or recovered the large fixed-blade knife they believe was used in the gruesome killings that have deeply shaken the small college town of 25,000.

Police are searching for a 2011 to 2013 white Hyundai that was near the crime scene the morning of the murders. 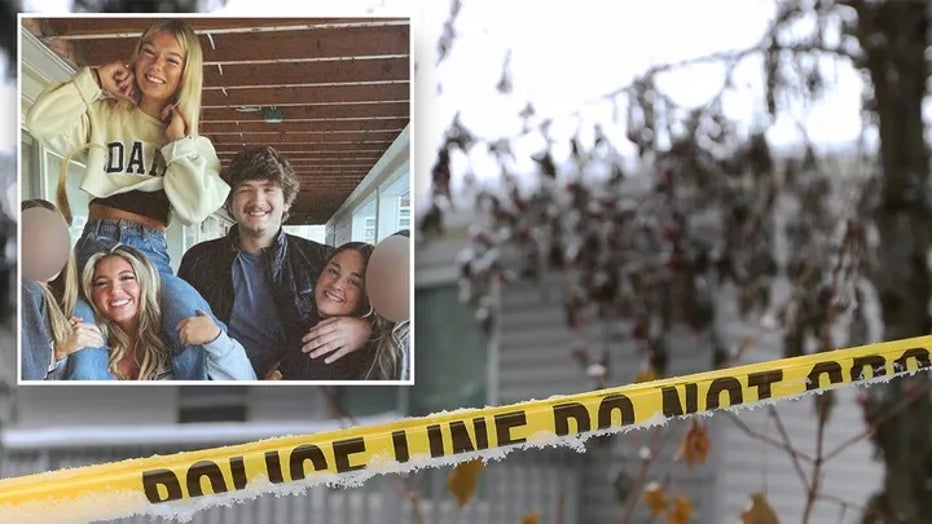 Police have yet to name a suspect in the Nov. 13 murders of four University of Idaho students. (Derek Shook for Fox News Digital, Instagram)

Anyone with information is urged to contact Moscow police at 208-883-7054 or email tipline@ci.moscow.id.us.