The Masked Singer unmasks the eagle

This video contains spoilers for the hit celebrity singing competition.

LOS ANGELES - The eagle on Season 2 of FOX’s “The Masked Singer” came to a screeching halt Wednesday night when the celebrity contestant was revealed.

After a showdown against the penguin, flower and fox, the feathered contestant was forced to reveal his identity in episode 3 of the show.

The eagle’s clues included that he was “studious and intelligent” and has soared to new heights as the face of his field. After a serious health scare and the loss of a parent, the eagle realized that “life is too short” to let his dreams fly by. 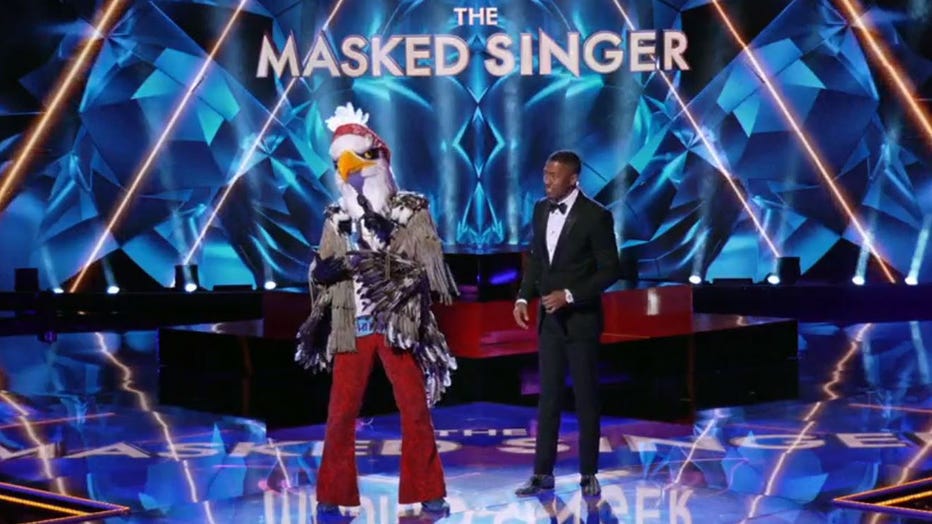 The eagle appears on stage with host Nick Cannon before his reveal on FOX’s “The Masked Singer.” (Photo credit: FOX)

“I’ve spent so much time listening to other people’s stories that I’ve neglected writing my own,” the contestant hinted. “I’m going to prove I don’t just hang out with rock stars, I am one.”

But the eagle’s performances of “I’d Do Anything For Love” and “These Boots Are Made For Walkin’” did not take the judges to new heights.

“I think this experience has changed me,” Dr. Drew said after being unmasked. “It challenged me, certainly. It feels like I have a little bit more range now. I can do more things I didn’t know I could do.”

“To be able to do something so different from who I am, that was fun.”