Natasha Bedingfield describes her experience on 'The Masked Singer'

The Pepper was revealed to be hit singer and songwriter Natasha Bedingfield.

Los Angeles - The Pepper brought the heat during the sixth season of "The Masked Singer" — but ultimately, it was the end of the "vine" for the contestant Wednesday.

The Pepper was revealed to be hit singer and songwriter Natasha Bedingfield, which panelist Nicole Scherzinger predicted fairly early in the competition. 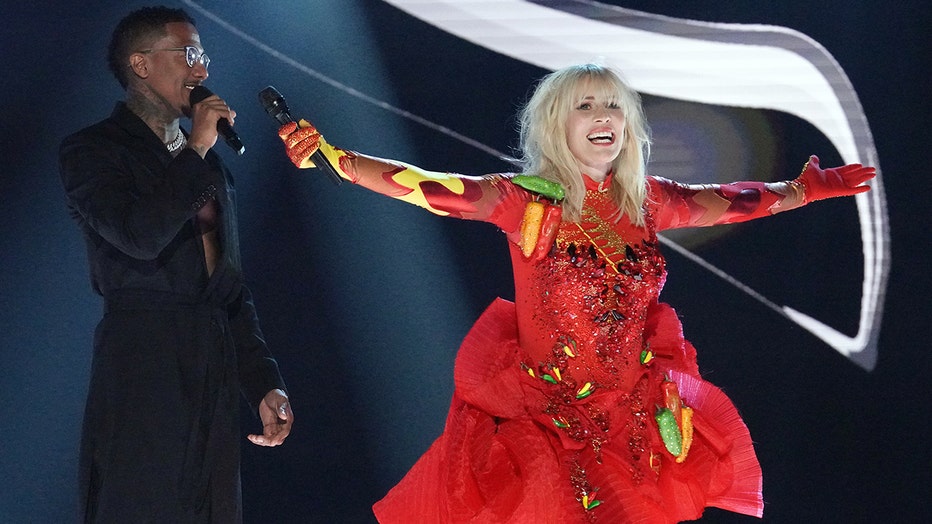 "I really thought I would fool her with my ambiguous American accent," Bedingfield told FOX Television Stations. "I was more worried about my English accent and that would give me away."

RELATED: The Hamster reveal on ‘The Masked Singer’ will blow you away

Bedingfield described her experience as a "bit of fun," along with a way to try something different out.

"I love things that get me out of my comfort zone," Bedingfield added.

The Pepper and Jester were revealed in a double-whammy elimination on "The Masked Singer" Wednesday night.

The 39-year-old rocketed to international success in 2004 after the release of her debut album and song of the same name "Unwritten." The hit became the theme song for MTV’s reality series "The Hills."

"Unwritten has really had some staying power like no other song I’ve written," Bedingfield added. "I am doing an acoustic version of ‘Unwritten’ that I want to put out."

RELATED: ‘The Masked Singer’ reveal: These contestants just got tossed

Bedingfield suggested the pandemic and her son’s brain surgery may have had an impact on her decision to go on to the show this season.

"Because we experienced being in a hospital for five weeks and seeing the incredible miracles that science and surgeons can do, it really is because of [the] hospital that our son is alive and 100 percent well," she shared. "It does connect you more with people and wanting to put a smile on other people’s face and also makes you not so precious."

"Going through a few pandemics and a few tough things, it makes you take yourself less seriously," she continued.

As for who will take home the Golden Mask Trophy, time will tell.

"I think that the Skunk could win. I really, really love her voice," Bedingfield said.