The competition was narrowed down to three finalists, Prince, Ringmaster and Firefly, all of whom represent Team Good. (Credit: Michael Becker / FOX)

LOS ANGELES - The seventh season of "The Masked Singer" came to an exciting close Wednesday evening, revealing its final three contestants including the champion of the Golden Mask trophy.

The competition was narrowed down to three finalists — Prince, Ringmaster and Firefly — all of whom represent Team Good.

Prince revealed on "The Masked Singer"

On Wednesday night’s finale, the first contestant forced to "take it off" and be revealed was Prince — who judges were convinced this season was a professional singer.

Prince was revealed as Emmy and Grammy-nominated actor and singer Cheyenne Jackson, known for leading roles in Broadway musicals, as well as television roles including FOX’s "Call Me Kat," "30 Rock" and "Glee." 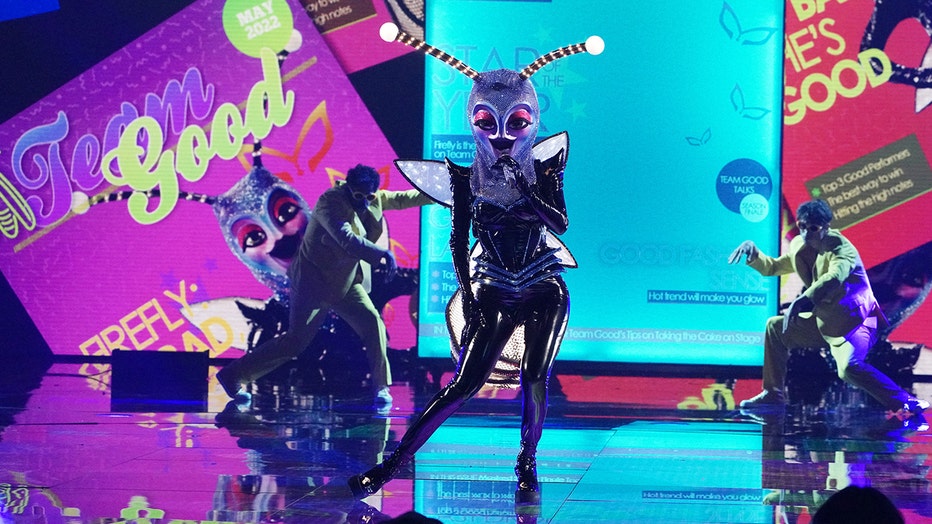 "I started out in music," Jackson shared to the audience. "I’ve done nine Broadway shows, and then when you start to get into television, people start to only know you for one thing."

Panelist Nicole Scherzinger was able to correctly guess Jackson as the celebrity behind the mask and costume.

"I would say if something scares you, do it because this was scary, and I did it and I made it to the finale, and I’m so proud of myself," Jackson concluded.

The next incredible voice and celebrity to take their mask off was Ringermaster, known for a powerhouse voice and impressive singing range.

The celebrity and runner-up of Season 7 turned out to be actress and singer Hayley Orrantia, known for ABC’s family sitcom "The Goldbergs."

"Honestly, I have loved music my entire life," Orrantia shared after the reveal. "You have no idea what it means to me to be able to do what I love in front of you all."

This left Firefly as the season seven winner, a performer who beat out McTerrier, Ram, Cyclops and Thingamabob for the top spot.

So, who was the winner of this season of "The Masked Singer?"

Coming out on top was superstar and R&B artist Teyana Taylor, known for hit songs including "Gonna Love Me" and "How You Want It?" featuring King Combs. She was signed to Kanye West’s GOOD Music label through Def Jam in 2012.

Taylor told the audience this opportunity would allow her to "just sing and let it be fun again."

"Nobody knows who’s behind the mask, and you just get to sing your heart out," Taylor shared.

And winning must certainly be in the family. Her husband Iman Shumpert, a former NBA player, was a 2016 NBA champion and recently won Season 30 of "Dancing with the Stars."

"I need to put this [Golden Mask Trophy] next to the Mirror Ball [trophy]," Taylor laughed.

In the finale, Taylor sang "Lost Without U," — a song by panelist Robin Thicke.

"‘Lost Without U’ is a dear, dear song to me, and I cried the whole time I sang it. This means a lot to me, and thank you so much. I’m so humbled. I’m so grateful. Thank you," Taylor concluded.

"The Masked Singer" is a top-secret singing competition in which celebrities face off against each other and appear in elaborate costumes with full face masks to conceal their identities.

Can't wait for next season? "The Masked Singer" is hitting the road!

Natasha Bedingfield, formerly known as Pepper on the series, will host a 50--city North American tour, kicking off May 28. Tickets are on sale at TheMaskedSingerTour.com.

This station and Tubi are owned by FOX Corporation.