On Wednesday evening’s new episode, another contestant was revealed, and this time it was Baby Mammoth of Team Cuddly. (Credit: FOX Entertainment)

LOS ANGELES - The seventh season of "The Masked Singer" may be soon winding to a close, but the show continues to shell out plenty of exciting reveals.

On Wednesday evening’s new episode, another contestant was forced to "take it off" and be revealed — and this time it was Baby Mammoth that would be herded out of the competition.

The celebrity costumed in the a fuzzy pink elephant mask turned out to be Golden Globe and Emmy Award-winning actress Kirstie Alley. 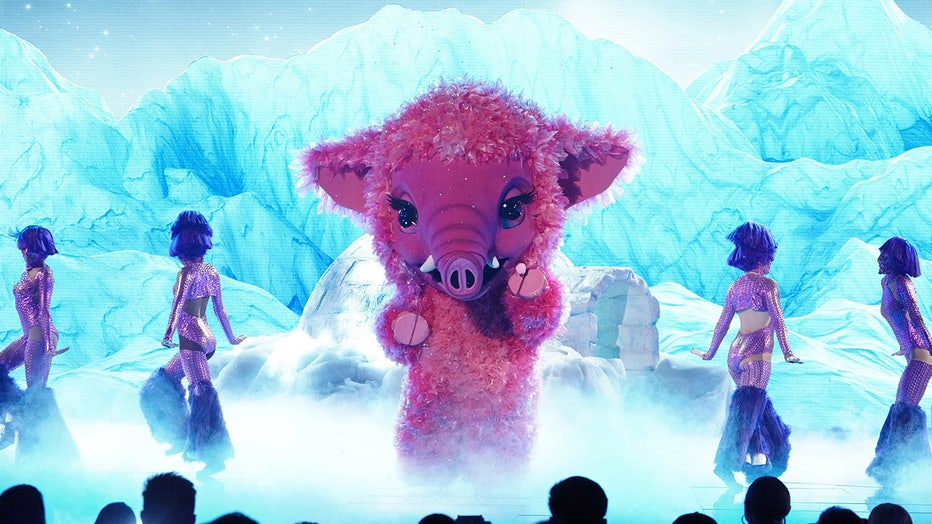 "I’ve done a lot of things in my career, but I’ve never gotten to be in the circus," Alley shared to the audience, adding, "I have grandchildren, and they’re very young, so they’re going to think this is good."

Three teams continue to battle it out for "The Masked Singer" trophy: The Good, The Bad and The Cuddly — which is also the season’s slogan. Alley was part of Team Cuddly.

"I’m a huge fan of yours," panelist Robin Thicke told Alley after her reveal. "You are one of a kind. There is nobody like Kristie Alley. It’s really an honor and blessing to have you here. Thank you for coming."

Jenny McCarthy, who was the only panelist to correctly guess Alley’s identity under the costume, added, "You are wickedly talented and funny."

Clues during the show this week included a birdcage, symbolizing the 71-year-old’s large household of pets.

"I have 15 lemurs, and I have dogs and cats and birds and squirrels," Alley, known for hit movies and television shows including "Look Who’s Talking," "It Takes Two," and "Cheers," added.

And while Alley was ultimately sent home on the show, the experience allowed her to try something new in her extensive career.

"I came on ‘The Masked Singer,’ because, about 10 years ago I realized I had to keep mixing my career or it was going to get really boring fast", Alley continued. "So, I guess I finally got up the nerve to do it."

This latest episode comes off last week’s controversial and shocking reveal when Jack in the Box was revealed as politician and lawyer Rudy Giuliani.

RELATED: Rudy Giuliani revealed as Jack in the Box on ‘The Masked Singer’

During the episode’s reveal, Giuliani’s unmasking caused the panelists’ jaws to drop.

"No, that’s not Robert Duvall," Ken Jeong said to Nicole Scherzinger somberly after the former attorney to former President Donald Trump took off his mask.

"This is definitely something I never would have guessed," Thicke said. 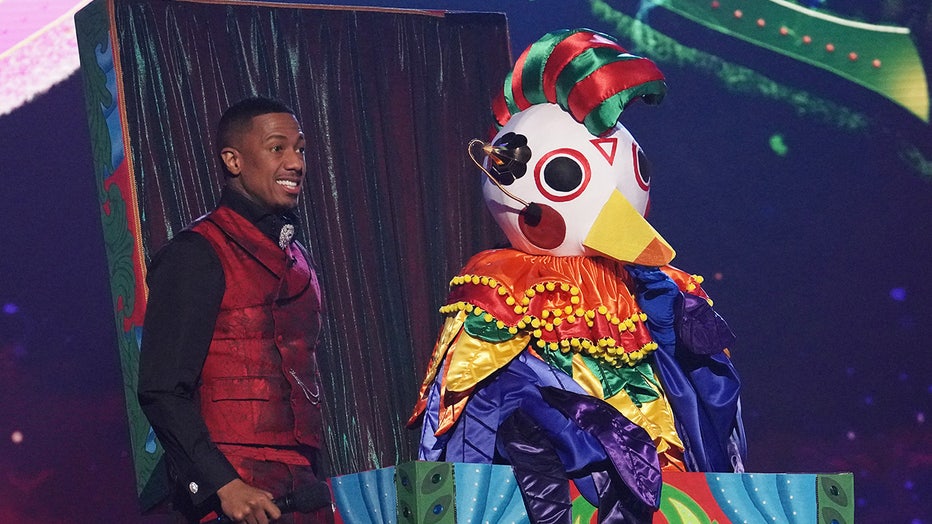 Jack in the Box was revealed as Rudy Giuliani on The Masked Singer. (Credit: FOX)

As soon as Giuliani started singing his exit song, Jeong left the stage in protest.

"I’m done," he said while walking off the stage.

Next week, The Prince from "The Good", Queen Cobra from "The Bad" and Space Bunny from "The Cuddly" will battle it out for one final spot in the finale. Round three will conclude with a double unmasking..