Monica Ann Bradford, 35, reportedly exited her home with a loaded weapon and pointed it at a 7-year-old child who was walking in front of her property.

BUDA, Texas - A Buda woman was arrested after authorities say she pulled a gun on a young child who was trick-or-treating outside her home on Quarter Avenue. Hays County deputies say 35-year-old Monica Bradford pointed the weapon at a 7-year-old on Halloween night.

"I was in shock. It’s Halloween, there are kids everywhere, how can somebody just come out with a weapon and scare these kids," said neighbor Connie Medina.

Neighbors tell FOX 7 Austin that Bradford had her front light on, that it looked like her house was open for trick or treaters, and we’re told the father and his kids were at the end of Bradford’s driveway when things quickly escalated.

Thankfully the child was not hurt, as police quickly rushed into this normally quiet neighborhood.

"There were cops at the end of our street. They stopped us and said nobody’s allowed to go down this street, there’s an incident with a gun involved," said one neighbor who lives across the street.

Police were able to make contact peacefully with Bradford but were prepared for the worst.

"Some had guns drawn, some just had their rifles at the ready," said the neighbor.

Bradford was taken into custody and brought to the Hays County Jail, but neighbors say this isn’t the first time police have been at the home in question.

Parents and grandparents in the neighborhood are breathing a sigh of relief that things didn’t turn out worse. "Little kid probably needs counseling. He or she is going to have to deal with that for years, no telling," said Medina.

Some are thinking twice about whether to let their kids trick-or-treat next year. "I’m about to the point where I don’t even want the kids going anymore," said neighbor Albert Anguiano.

Bradford is charged with aggravated assault with a deadly weapon. Her bond was set at $10,000, and we’re told she has since posted that bond. She is expected to appear in court at a later date. 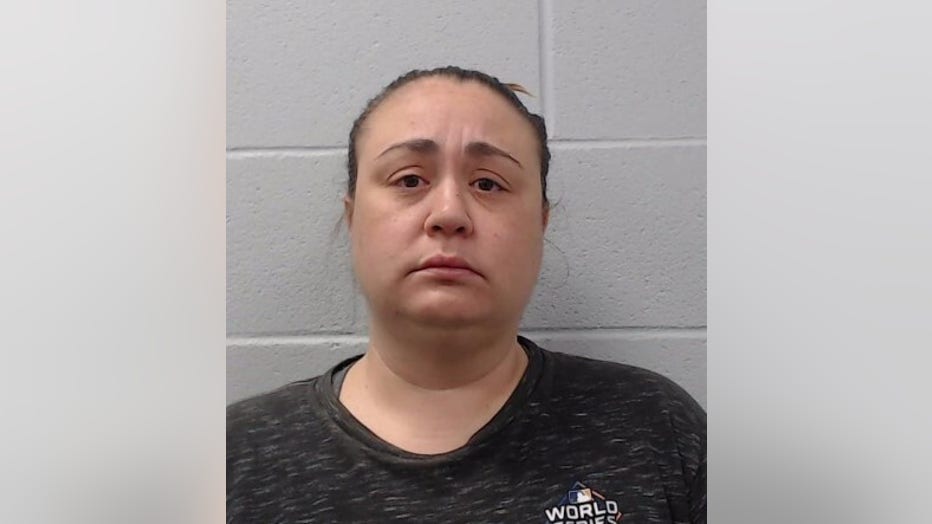 35-year-old Monica Bradford has been arrested for pointing a loaded gun at a seven-year-old who was trick-or-treating on her street on Halloween.