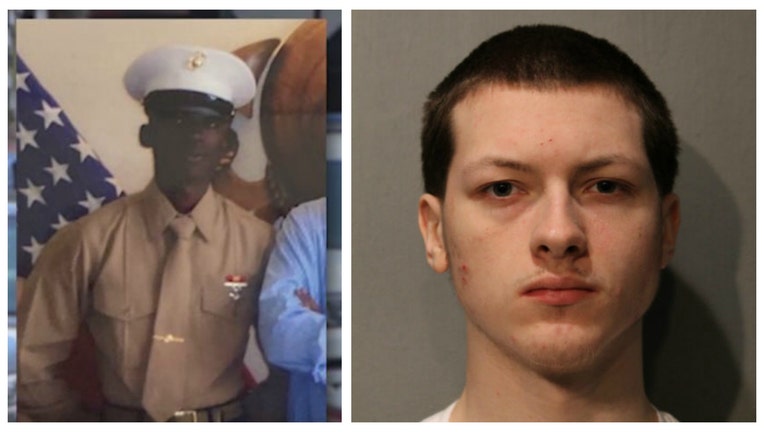 CHICAGO - An 18-year-old man is accused of shoving a Marine in front of a CTA train and killing him.

Ryan Munn was arrested on Friday night. Police said he shoved Mamadou Balde, 29, in front of a moving train at the Jackson Red Line stop on Tuesday afternoon.

Balde served in the US Marine Corp. from 2008 to 2015, doing two tours in Afghanistan. He attended Lane Tech High School and as soon as he graduated, his father had him join the Marines.

“He was walking away from these people. He didn’t want any confrontation. They followed him and threw him in front of the coming train,” Balde's dad said.

The 29-year-old leaves behind his three siblings and his parents.