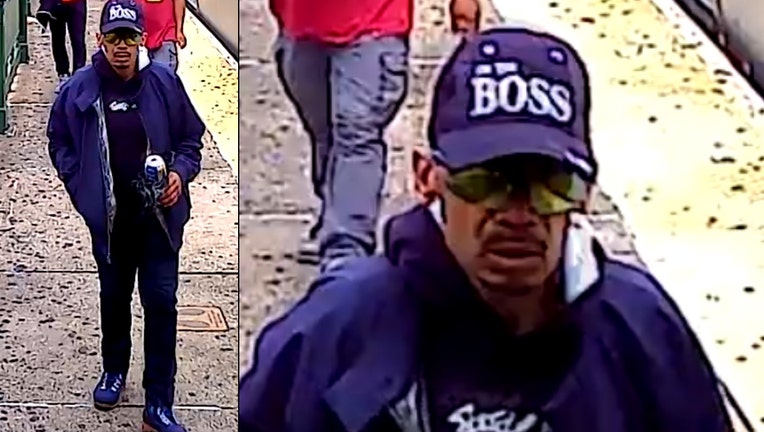 Police were searching for the man who stole $1,000 worth of jewelry from a teen at a subway station in the Bronx.

NEW YORK - Police were searching for the man who stole $1,000 worth of jewelry from a teen at a subway station in the Bronx, all while holding a beer.

On Oct. 4 at about 3:30 p.m. the 15-year-old boy got off a train at the Prospect Avenue Station when the suspect followed him down the stairs and demanded the jewelry he was wearing, according to police.

The man told the teen he had a gun. The victim then handed over a necklace and bracelet.

The suspect told him to run home and not look back. The boy took off and was not hurt.

Police asked for the public's help tracking down the suspect.

He was described as approximately 5'7" tall, 160 pounds, with a medium complexion, medium build, and facial hair. He was last seen wearing a purple baseball hat with the word "BOSS" on the front, black sunglasses, a dark blue jacket, a black hooded sweatshirt, blue jeans, blue sneakers, and holding a beer in his left hand.

Anyone with information in regard to this incident is asked to call the NYPD's Crime Stoppers Hotline at 1-800-577-TIPS (8477). The public can also submit their tips by logging onto the Crime Stoppers website at https://crimestoppers.nypdonline.org/ or on Twitter @NYPDTips. All calls were strictly confidential.