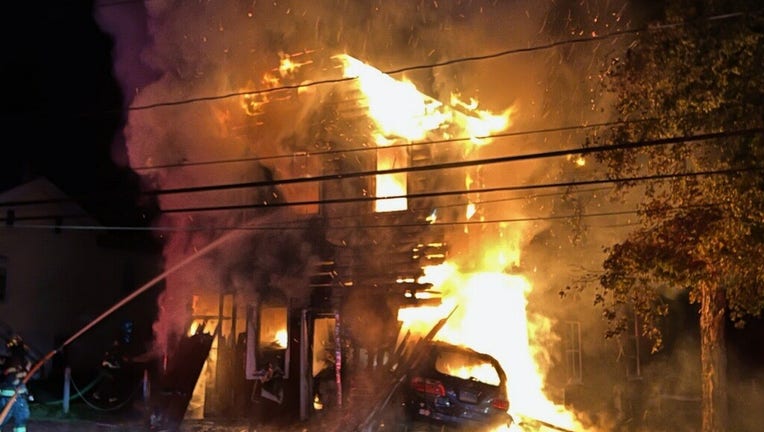 NEW YORK - The New York State Police pulled an alleged teenage drunk driver out of a burning barn after he crashed his vehicle into it earlier this week.

State troopers investigated what sounded like a vehicle crash at around 3:26 a.m. on State Route 9D in Wappingers, about eight miles south of Poughkeepsie, on September 22. Eventually, officers found a 2007 Honda Odyssey had crashed into a barn, starting a fire.

Troopers initially attempted to extinguish the flames but ended up having to move the unresponsive driver instead.

The driver, a 17-year-old, was taken to Mid-Hudson Regional Hospital for non-life-threatening injuries and was later arrested and charged with DWI, a misdemeanor.

The fire destroyed the barn and a nearby utility pole. Route 9D was closed for nearly 12 hours as emergency crews worked on the fire.