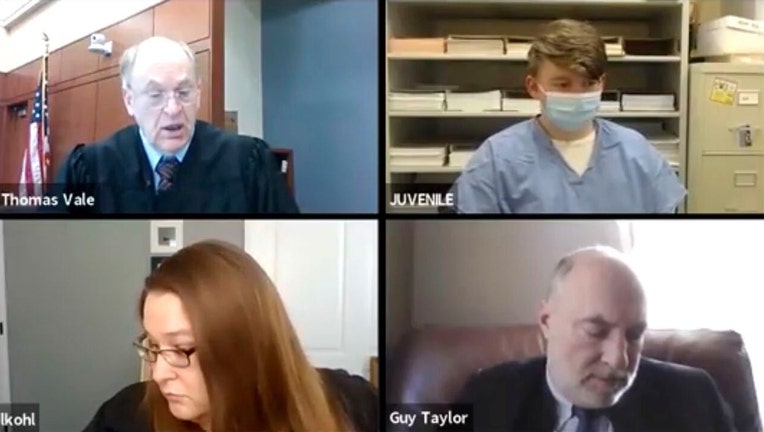 MONROE, Wis. - A 16-year-old boy has admitted fatally shooting his newborn daughter and leaving her body inside a fallen tree in the woods in southern Wisconsin, according to prosecutors.

Logan Kruckenburg-Anderson, of Albany, is charged as an adult with first-degree intentional homicide and hiding a corpse. He's being held on $1 million bail following a hearing this week in Green County Circuit Court in Monroe.

His public defender did not immediately return a call seeking comment.

According to a criminal complaint, the teen took the infant shortly after she was born Jan. 5 to a wooded area in Albany, about 80 miles (129 kilometers) southwest of Milwaukee, placed her inside a fallen tree and shot her twice in the head.

The complaint says Kruckenburg-Anderson's girlfriend gave birth to the child, whom she named Harper, in a bathtub at her home in Albany.

Prosecutors said the couple decided they could not keep the baby and talked about several options, including dropping her off at a local fire station or placing her up for adoption, the State Journal reported.

Kruckenberg-Anderson was arrested Sunday after telling investigators where he left the child. A preliminary hearing will be held on Jan. 20.