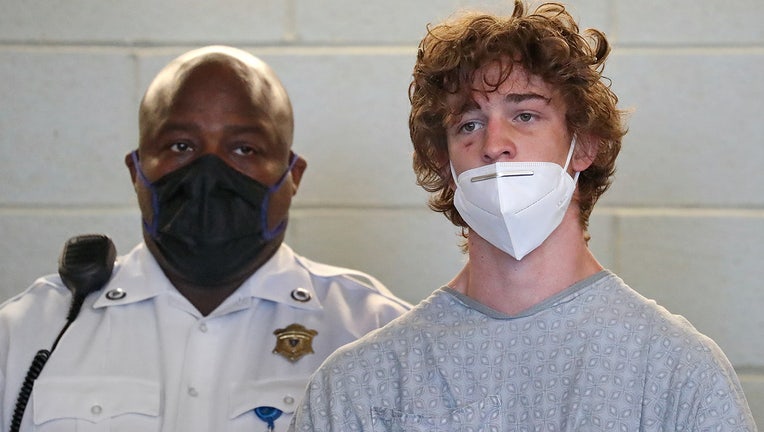 NEW YORK - A Massachusetts teenager is accused of killing his father in a bizarre drowning.

Jack Callahan, 19, faces a murder charge in connection with the incident that took place on June 29 in Duxbury.  A grand jury indicted him on Friday.

Police say that it was about 2 a..m. when someone called police saying that Callahan was "acting erratically" and his father, Scott Callahan, 57, was missing.

Police found Jack Callahan distraught and hyperventilating.  At about the same time other police found his father's body submerged in a nearby pond.

Investigators say that Jack Callahan allegedly had been submerging his father under the water several times claiming he was "baptizing" his father because he saw the "demon" in his eyes.  He allegedly left his father floating in the ponds.

Scott Callahan had water-logged lungs and an abrasion on his head, according to an autopsy.

Jack Callahan has been held without bail since his arraignment.