Police have arrested a 17-year-old in connection with the shooting of an off-duty officer who was sleeping in his car between shifts in East Harlem when he was struck by a bullet.

NEW YORK - The New York City Police Department has arrested a 17-year-old in connection with the New Year's Day shooting of an off-duty officer who was sleeping in his car between shifts at the 25th Precinct in East Harlem when he was struck by a bullet.

According to police, the teenager is responsible for shooting Keith Wagenhauser back on Jan. 1. The NYPD used ShotSpotter technology to help bring the years-long investigation to a close.

At the time, Wagenhauser was off-duty and sleeping in his car when he was struck by a bullet.

NYPD officer shot in the head released from hospital

The NYPD officer who was shot in the head on New Year's Day was released from the hospital on Sunday, surrounded by fellow cops and the city's new mayor, Eric Adams.

Police Commissioner Keechant Sewell had said Wagenhauser awoke around 6:15 a.m. when a bullet was fired through one of the car's windows, hitting him in the head.

He got out of his vehicle and was aided by a sergeant who saw blood coming from his head, Sewell said.

She said he was rushed to the hospital, where he was treated for a fractured skull, as bullet fragments were removed from his wound.

He has since made a full recovery.

Police are still investigating if Wagenhauser was the intended target. Sewell said that there were no other 911 calls for gunfire in the area at the time of the shooting, and no other officers heard anything. 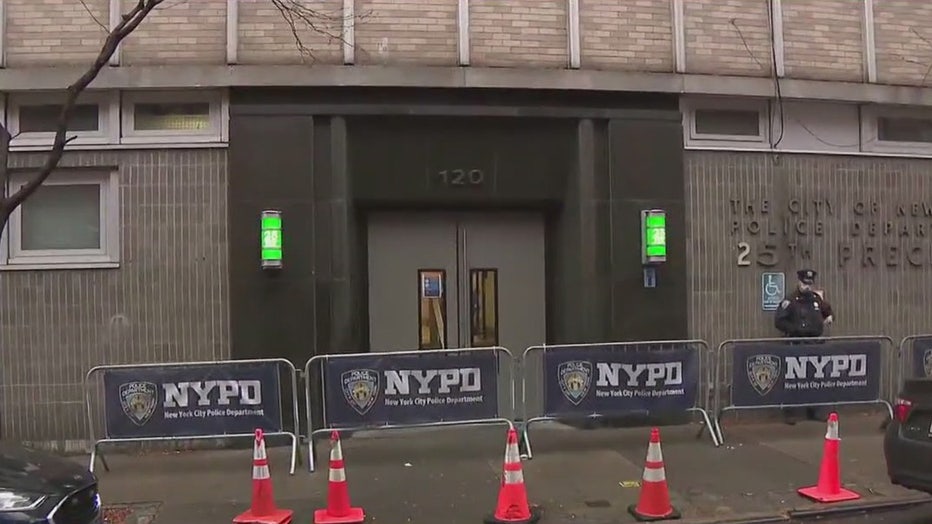 Police said the bullet appeared to be deflected by the rear passenger window it appeared to go through or perhaps by Wagenhauser's skull.

Sewell said Wagenhauser had worked a full shift Friday in Central Park and was resting before starting another shift at 7:30 a.m. Saturday.

CORRECTION: This story has been updated to reflect that the police have not released the name of the juvenile suspect.